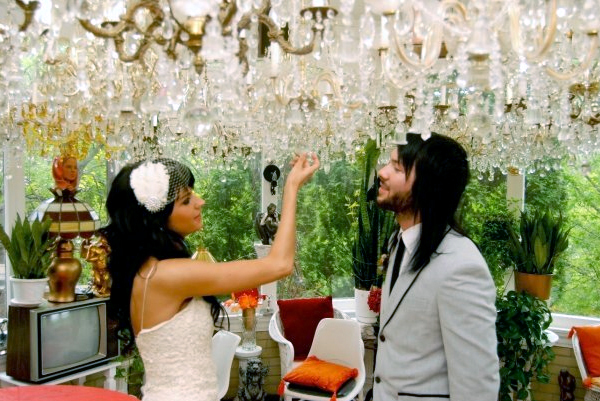 Today is my third anniversary with my wonderful husband, Emery. Wow, seriously? Time sure does fly when you're having fun! Actually, this year makes nine years since we first started dating. That's almost a decade, guys! Holy moly. Considering I'm only 25, that is a pretty good chunk of my life.
When I first started to write this post, I had originally only planned on writing a short message and sharing a peek into just a few of our wedding photos (I know many of you have been asking us to share our wedding photos for awhile now, but I always kept putting it off because it felt so overwhelming to sort through hundreds of photos and narrow it down to the best ones.) So I started quickly flipping through our wedding albums on my computer looking for a few of my favorites when a pang of nostalgia hit me; this day was absolutely incredible. I hadn't really stopped to think about it much after the fact, and it was only a matter of time before all the busyness of day-to-day life took over, but all of a sudden all of the feelings that I felt on that day rushed back to me along with a burst of motivation!
So friends, here is a look into the most magical day of my entire life. Some of these photos aren't exactly traditional, and they were all shot with an old 70's film camera so they have a bit of a grainy look, but I wouldn't have it any other way. I love more candid-style photography because it really makes you feel as though you are there with the person and you are sharing in all of their special moments along with them.
On June 7th, 2009, I had the honor and privilege of marrying my best friend, my high school sweetheart, the  most level-headed, smart, and compassionate guy that I have ever met, and the only man that I have ever loved. Here is what our day looked like: 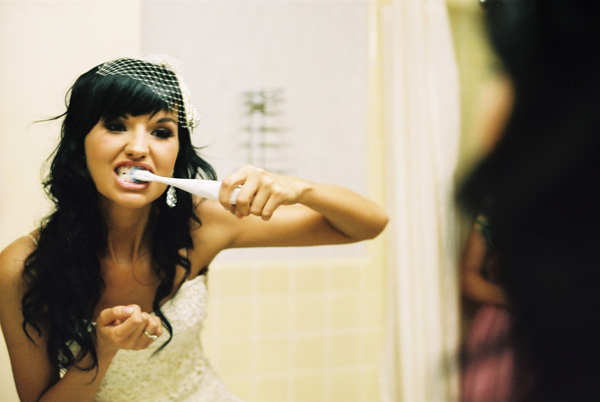 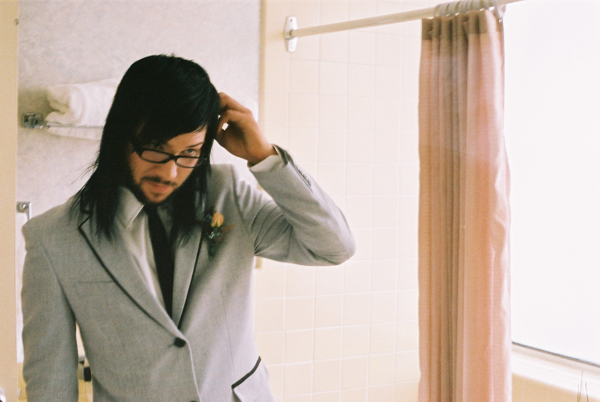 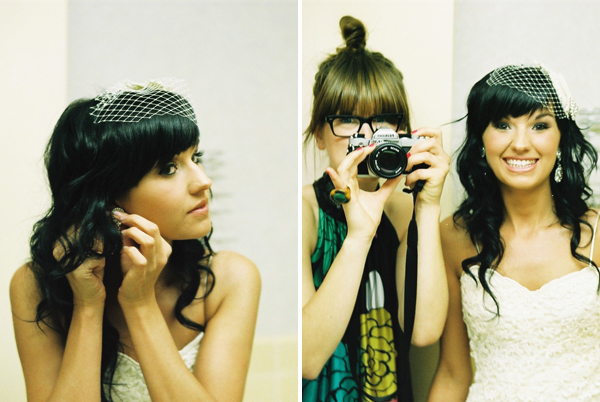 We all had so much fun getting ready together before the ceremony. I am also lucky that both of my sister-in-law's do hair and make-up for a living, so I was in good hands when it came to getting all dolled up! All of my bridesmaid's wore different pastel colored 1950's & 1960's prom dresses, which looked really cute against the boys' light grey slim-fitted suits. We were going for a bit of a 1950's "night-on-the-town" look. 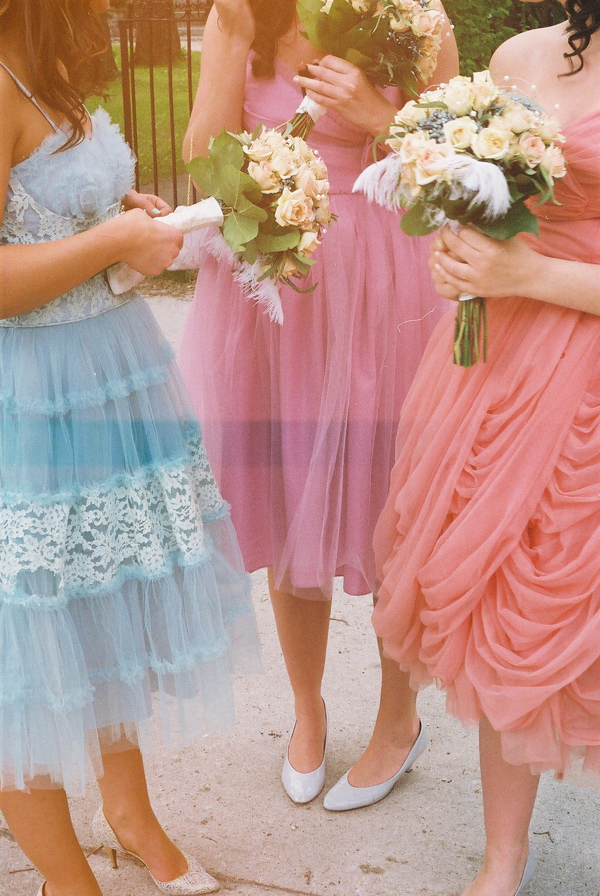 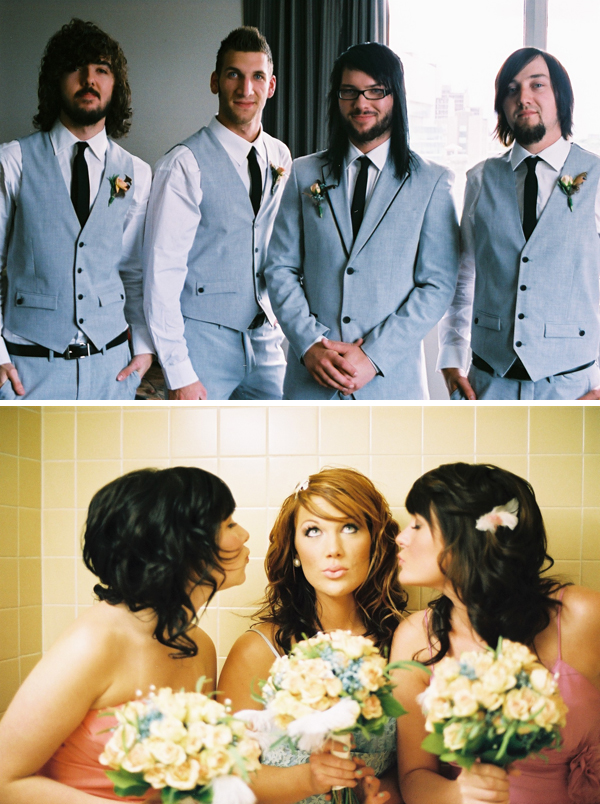 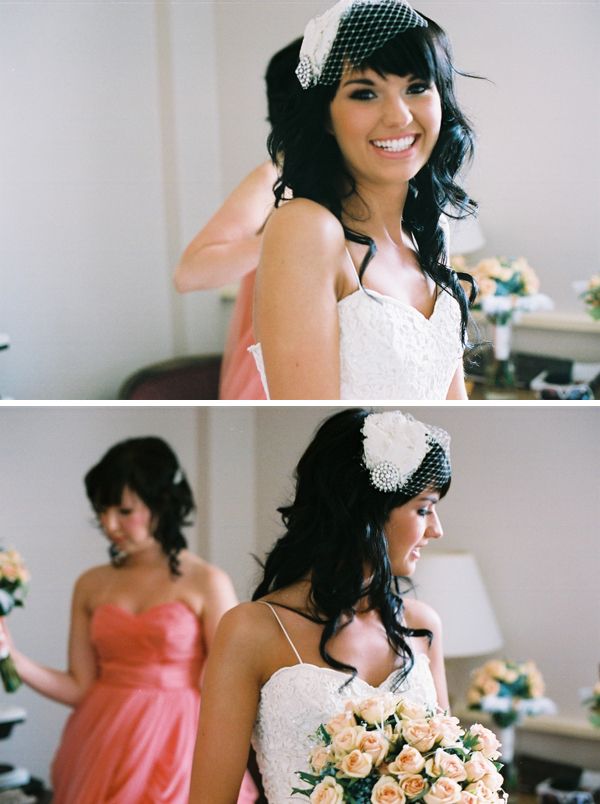 All fixed-up and ready to go! Time to get hitched! 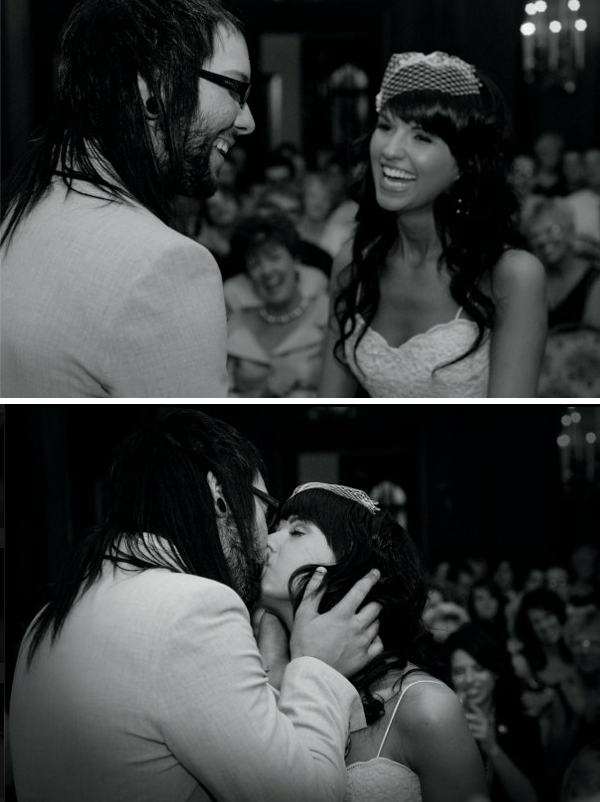 Our ceremony was short and simple. We exchanged our hand-written vows surrounded by our closest friends and family. It was perfect. 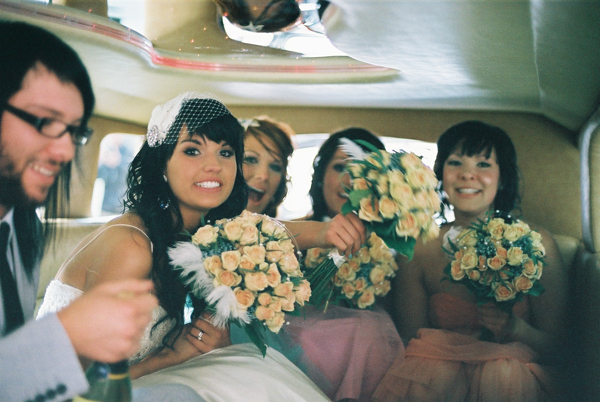 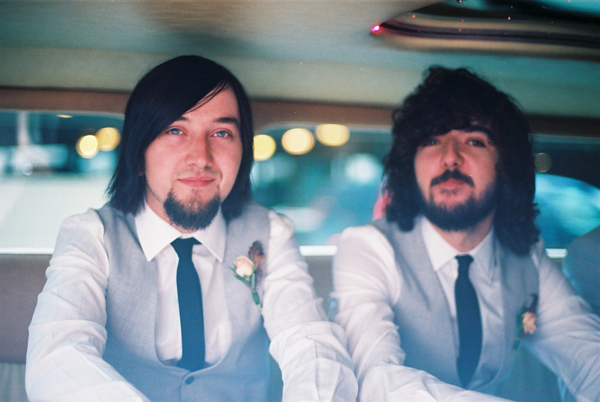 After the ceremony, we all hopped into a 1938 stretch limo, poured some champagne to celebrate, and headed over to our photo location.

Our good friend, James Paschke, is a fantastic film maker and was kind enough to capture moments of our special day on an old Super 8 camera! Hands down, his video is one of the greatest keepsakes that I have from that day! (In case you missed it before, I highly recommend taking a peek at his beautiful Super 8 Video here!) 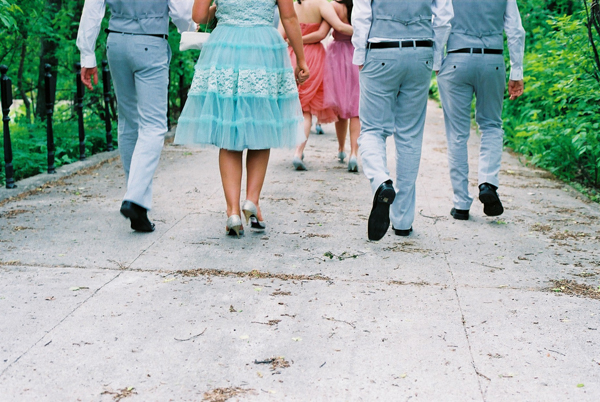 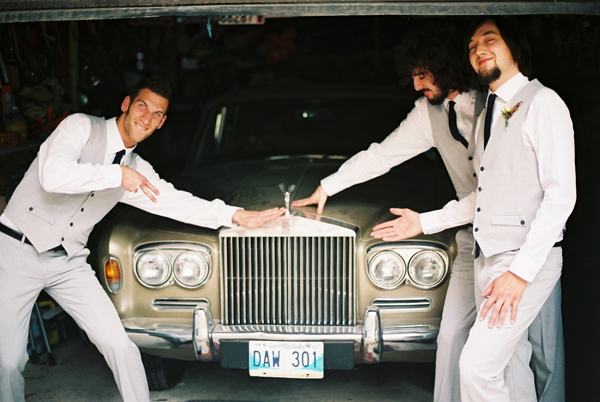 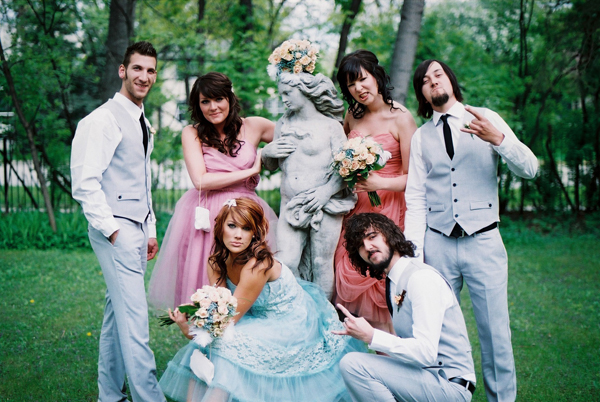 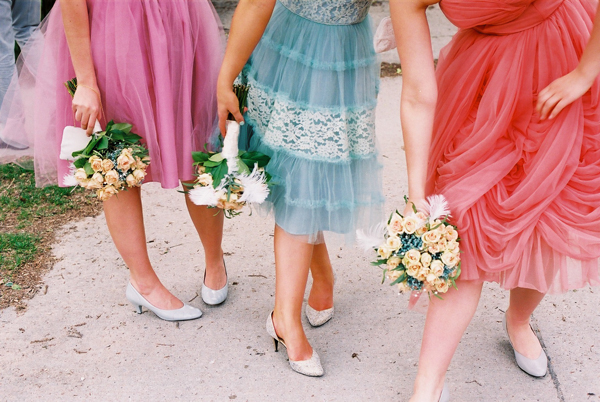 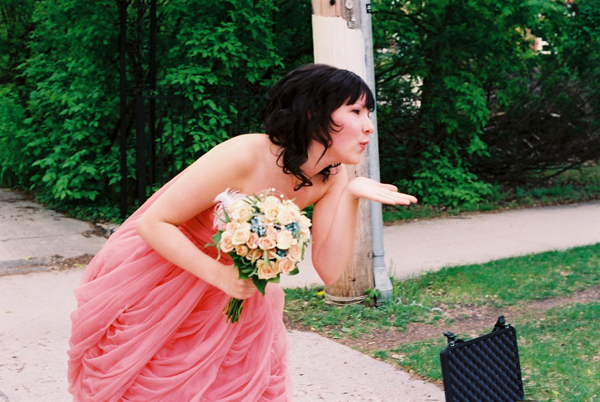 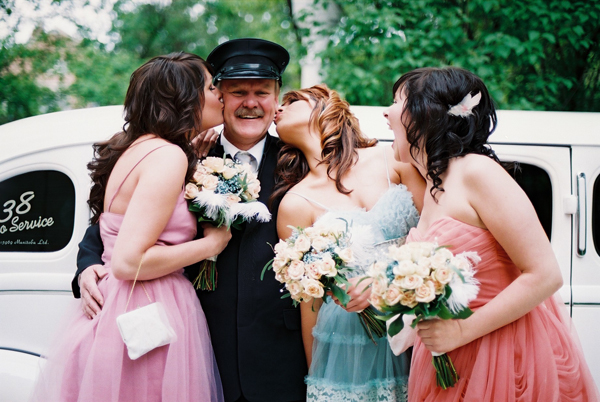 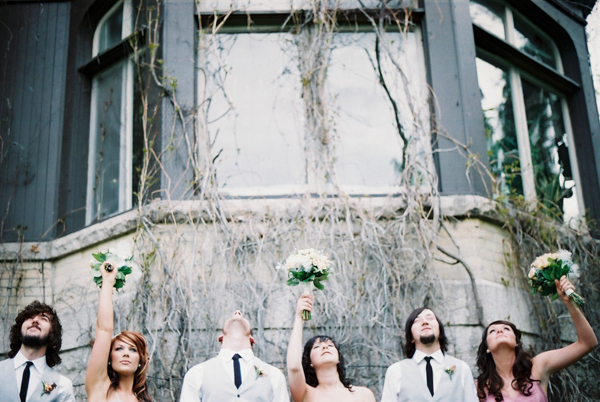 The location where we took our wedding photos was an amazing old mansion from the early 1900's that belonged to a family friend. The story behind how we discovered it was rather interesting: Emery's dad knew a guy that was a jeweler from Europe who had recently retired in Winnipeg, but was still willing to take on the occasional jewlery project. So when Emery decided that he wanted to propose to me, he asked this guy if he would be willing to custom design a ring for me, and he did! (the ring is beautiful, by the way!) However it didn't quite fit me properly, so one evening we went over to his house to get it sized, and when we pulled up I couldn't believe my eyes. This was the most stunning property that I had ever seen! In front of me sat a beautiful turn-of-the-century mansion tucked away behind a dense forest of trees. Absolutely breath-taking.
Once I went inside I fell even more in love with the eclectic decor; a great example of this was the sun room which was decorated with hundreds of crystal chandeliers hanging from the ceiling (literally hundreds!) along with some 1960's white tulip chairs, an old television set and a few transistor radios all surrounded by various exotic tropical plants. When the sun shone just right the room would absolutely sparkle! Saying that it was spectacular would be an understatement. I knew right then and there that this was the place where we would take our wedding photos. 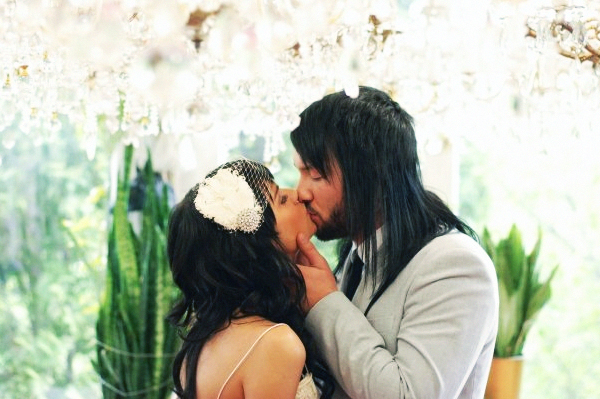 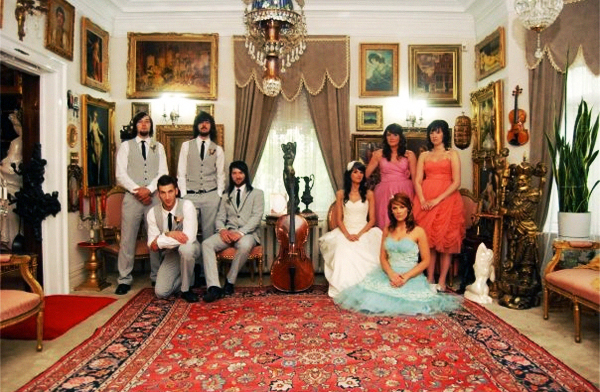 After we finished our photos we headed back to our venue for cocktails, dinner, and the reception.

Our reception was held in downtown Winnipeg on the top floor of a historic old hotel that had big floor to ceiling windows overlooking the city. It was really pretty to watch the sunset and see the city light up against the night sky. 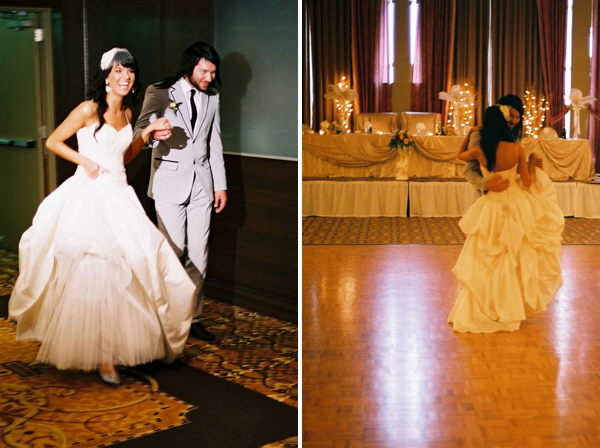 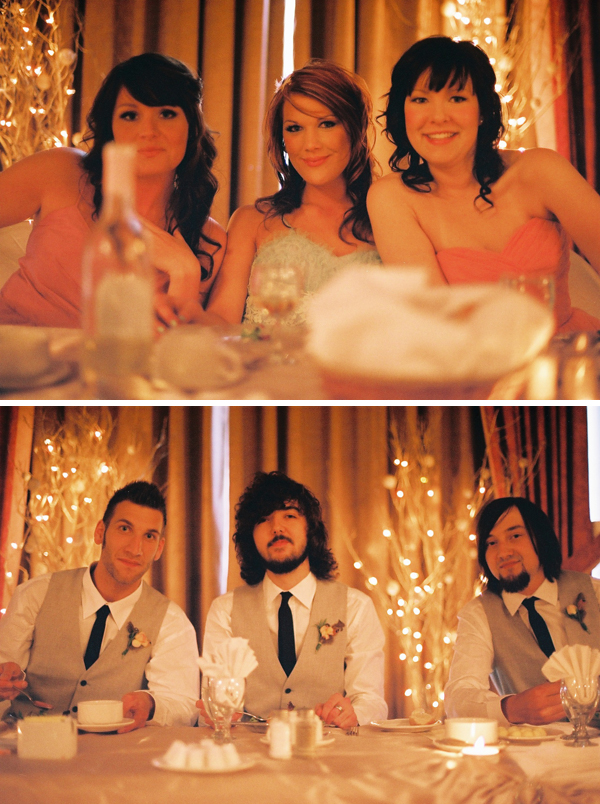 A little peek at our first dance and our pretty head table. That's my little bro in the middle! Both Emery's brother and my brother played acoustic guitar and sang the most beautiful songs during the reception. I would be lying if I said I didn't shed a few tears... (okay, many.) 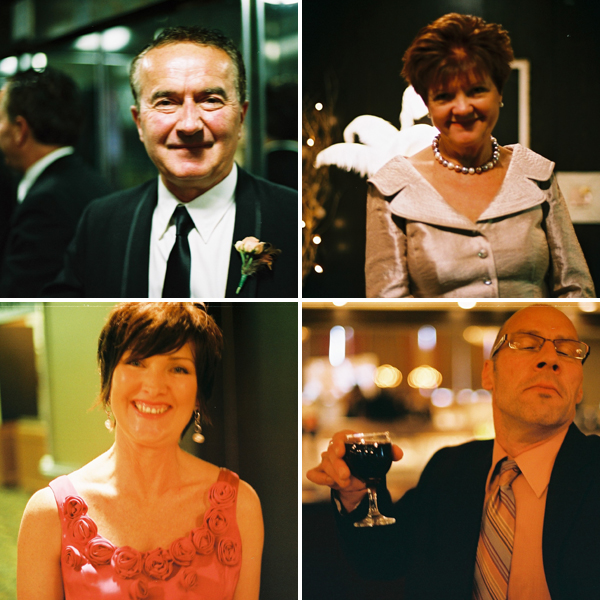 When I was standing up at the front I looked around and saw that every important person in my life was there to support me. I had never felt such an overwhelming feeling of  love and appreciation to have these amazing people be a part of my life. It really hit me then how much they must care for me too because I knew that they had all put in a lot of effort to be there for us that day. I knew that they probably took their time trying to find the perfect outfit to wear for the occasion, that they probably had to re-arrange their schedule or possibly even take the day off work to ensure that they didn't miss out on our big moment, and that they did it all because they truly care about us. To this day it still blows my mind to think about that. Honestly, that is so special to me and I appreciate each an every effort that was made. It is definitely not something that I ever have or ever will take for granted. I have never felt so much love in one room and it was truly one of the greatest feelings in the world. 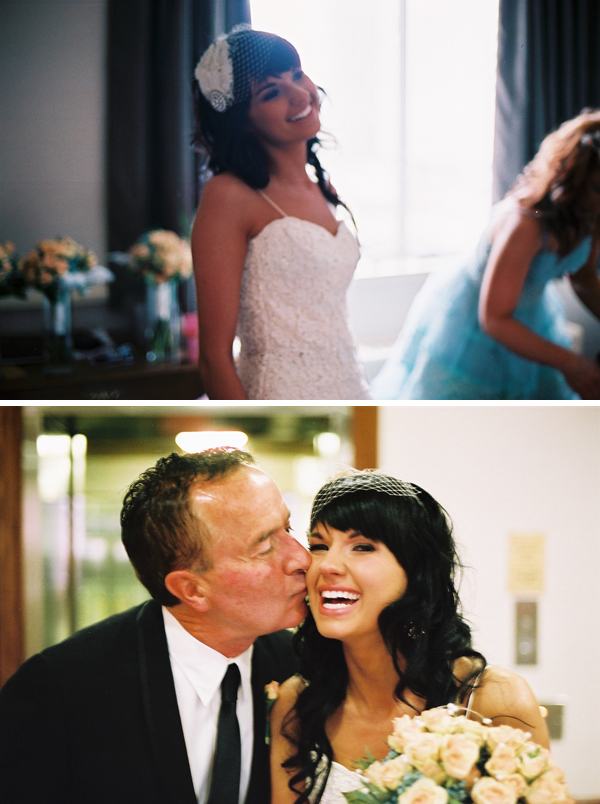 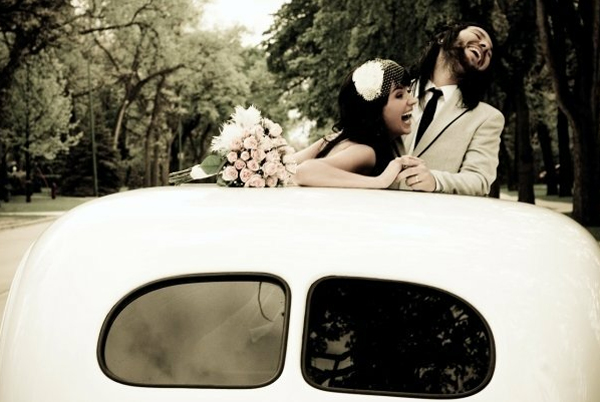 Thanks for sharing a peek into the best day of my life!
Happy third anniversary my love! I can't wait to share many more moments with you.
Love always, Stef
xo
P.S. I thought it might be fun to share another short Super 8 film from our wedding too!
All film by James Paschke.
The majority of the photos were taken by Erin's talented sister, Megan Kroeker.
and the rest were done by Latsch Studios.

Also, we were thrilled to find out that some of these photos were featured on the blog Once Wed.
Take a peek at our feature here!
9:50 AM
Unknown
our daily lives