Home » DIY » in the kitsch-en » A little TLC for a sad canister set.

A little TLC for a sad canister set.

I was thrilled to come across this set of canisters for $2 at a local goodwill a few weeks ago seeing as how I already have the orange-y red set! However, the more I looked at them the more it bothered me that the gold had worn off.  I thought, hmmm...I wonder if a gold pen could cover it up? 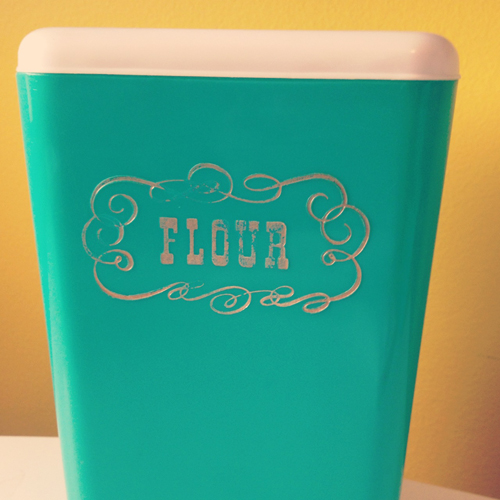 As you can see  the gold was really worn off.
The tea canister below was definitely the worst of the bunch! 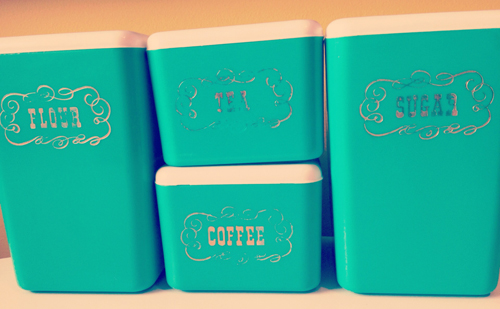 Here is what the set originally looked like, but I forgot to take a "before" photo in the very beginning (rookie mistake) and tested out my marker on the coffee canister. Oops! 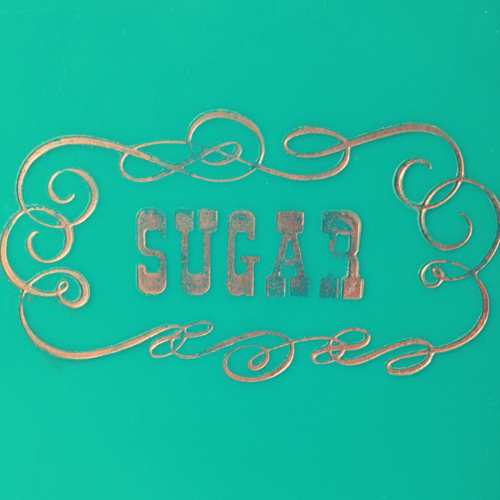 Here you can see I did a little test on the R with my first marker from the dollar store, but found it too yellow-y gold. So, I went out and bought a fine line paint pen at Michaels for $3.00 instead! It worked way better, and although it's not as good as it was new, it's pretty darn close! 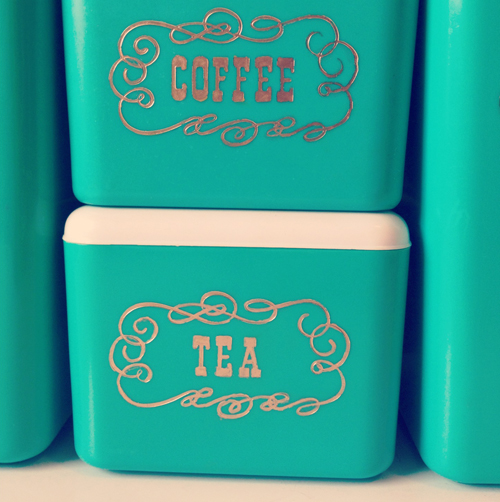 Slow and steady wins the race! The finer the pen, the better, and if you make any mistakes, just use a toothpick and dip it in water to erase where you made an error! 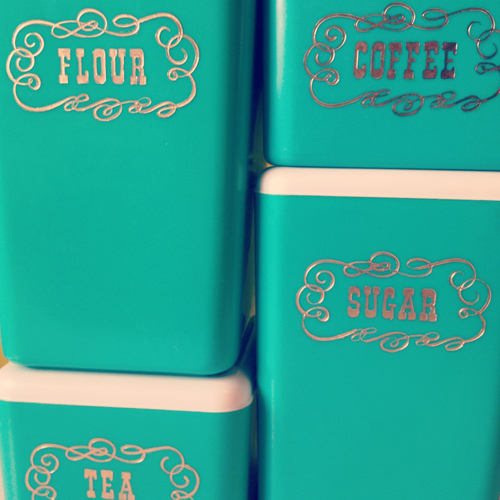 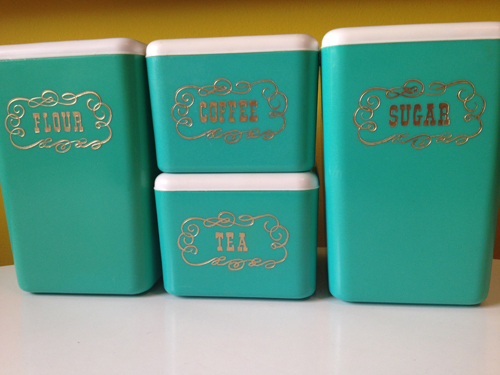 Ta-da! As good as new-almost!
In this last photo, the flour and tea look a lot lighter than the coffee and sugar due to the lighting in my kitchen, but in reality they all look like the flour/tea canisters!
Do you guys have any old items that need a little touch up like these bad boys did? We would love to hear about your latest creative projects or fixer-uppers! If you try out this little DIY, let us know how it turned out!
9:47 AM
Unknown
DIY, in the kitsch-en