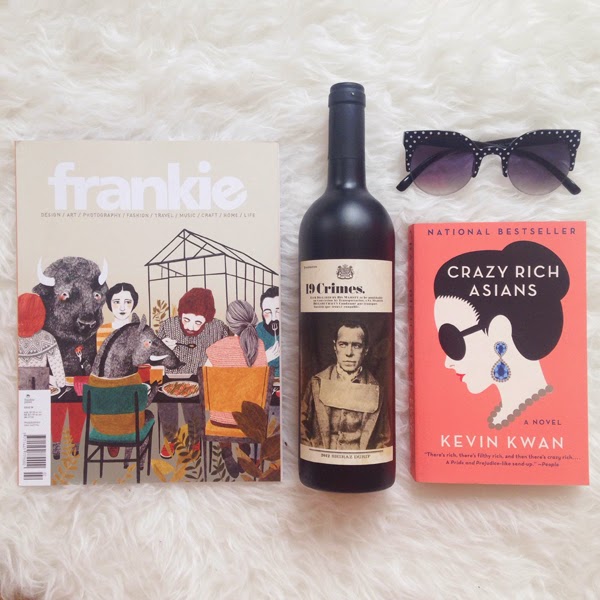 For three years now, a grouf of 10-12 of my closest friends and their kids pack up and head out to Camp Morton for a long weekend. It's become a tradition, and one that I look forward to all year long. The cabins are just past Gimli, and are bare bones but so much fun. This year was no exception. It was my first weekend off since May, and I soaked up every last second of it. 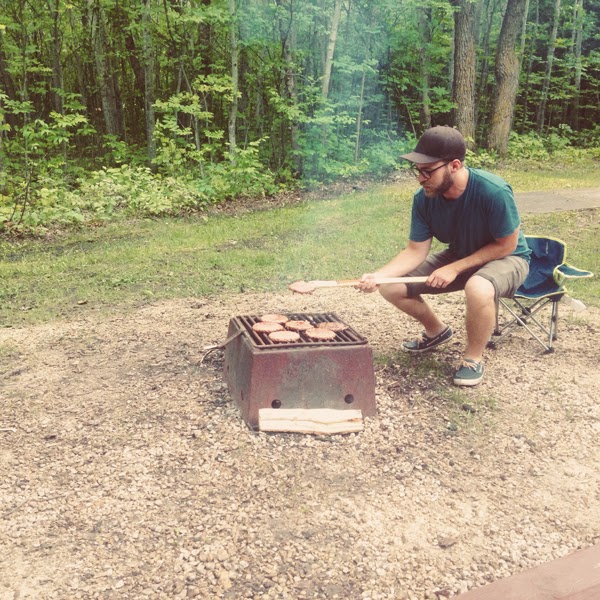 We got there Friday evening and Donny put on some burgers (and used an axe to flip em!) 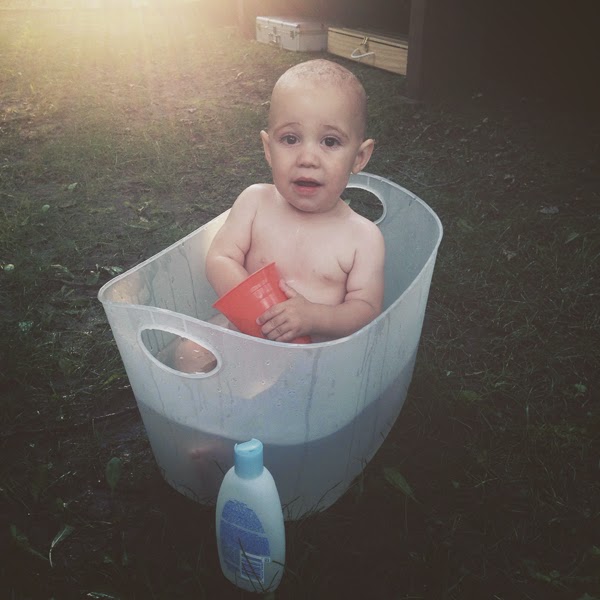 Meet Mortimer. He's the happiest baby I've ever met. Ugh, those eyebrows! Too much! 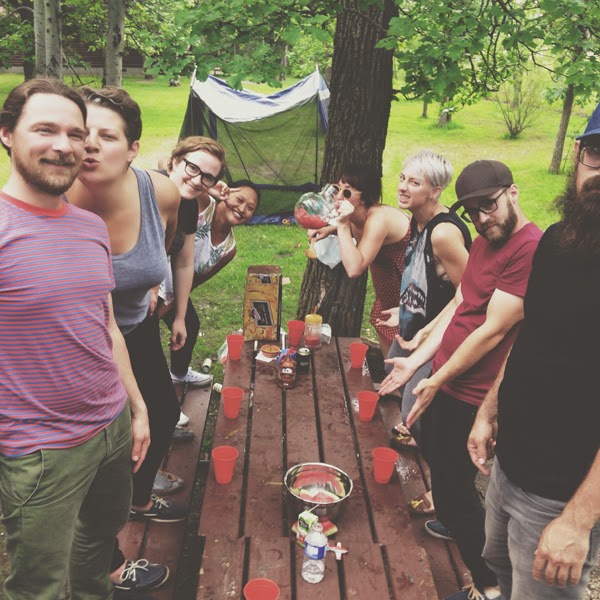 These are my pals, playing flippy cup as the kids ran around in the background. The best part of this picture is that half of them are parents. This was a pretty hilarious afternoon... 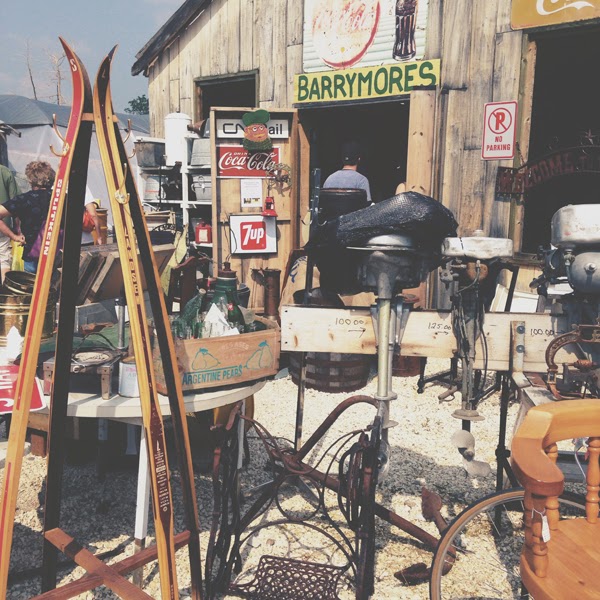 The next morning we had breakfast and then headed off to a nearby farmer's market and flea market! I stocked up on honey and also found an amazing pair of teak speakers that came home with me, as well as a horseshoe and a few other trinkets. 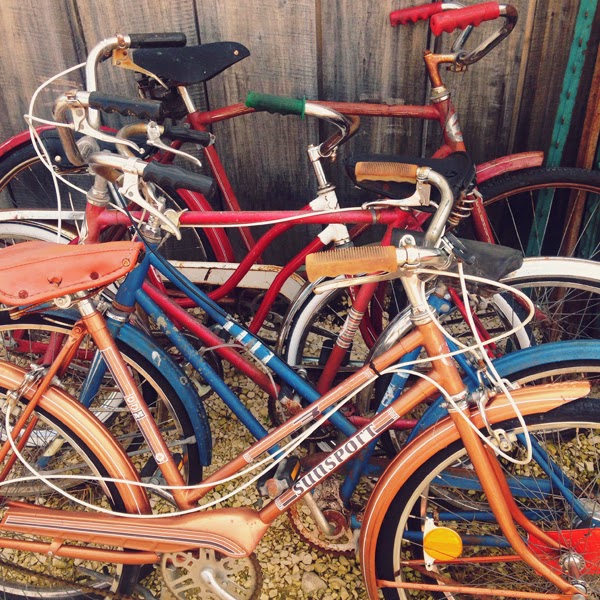 Was wishing I could stash all of these bikes in a trunk. 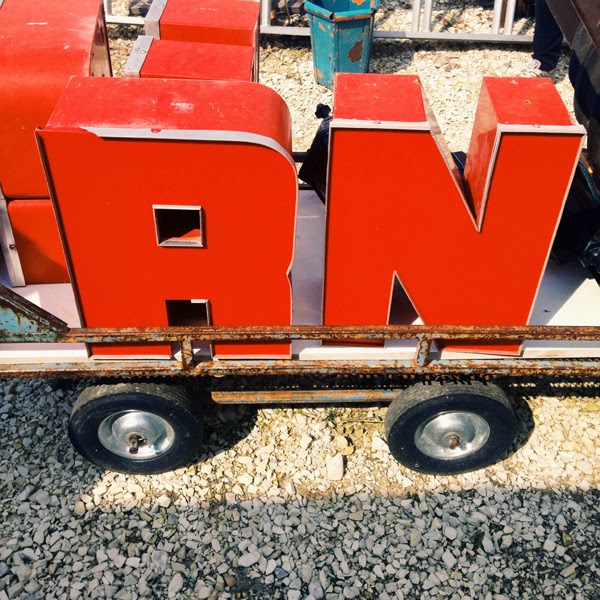 I'm really regretting not picking up one of these giant letters at the flea market. 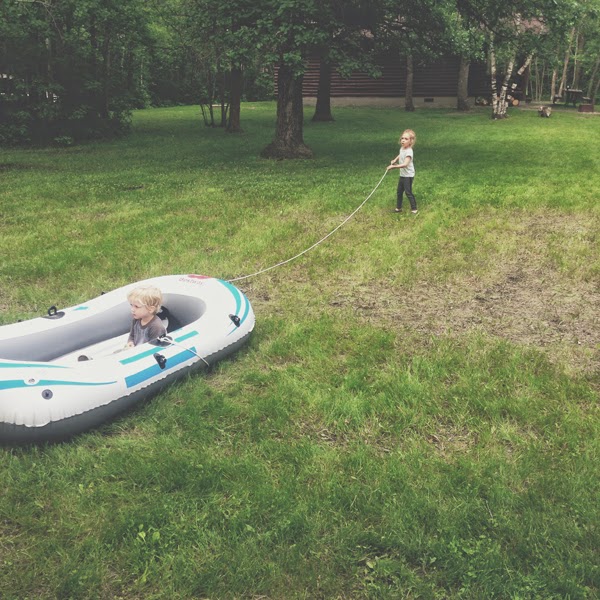 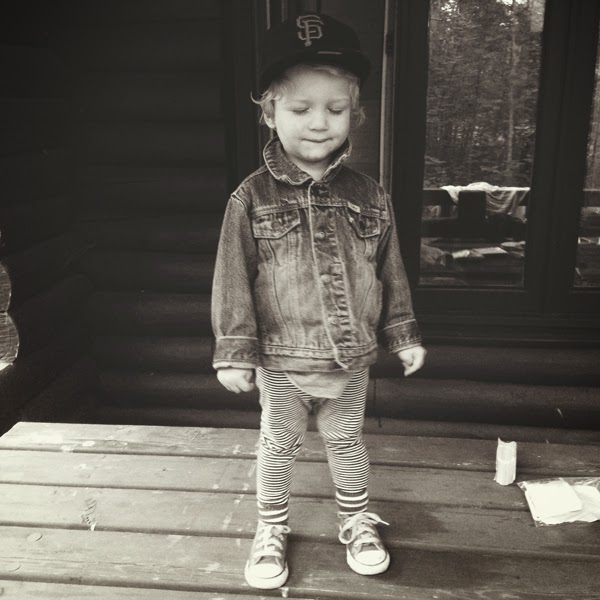 Rusty's best statue pose. Seriously? This kid is too cute for words. 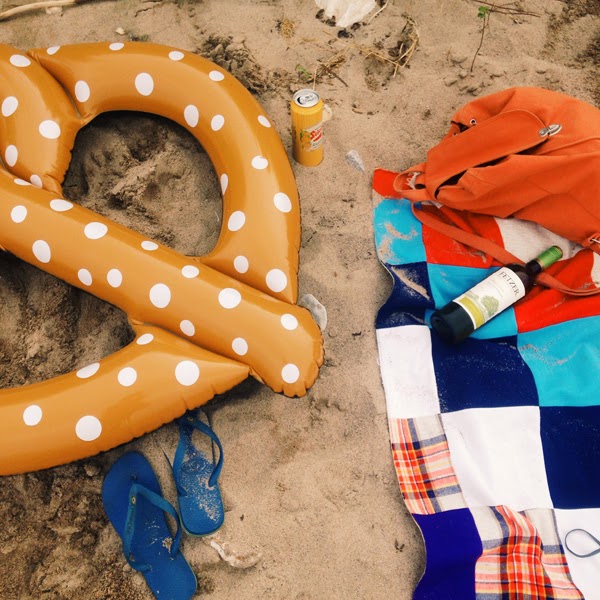 We spent a good chunk of the weekend at the beach, floating in the dingy's and doing a bunch of day-drinking. The weather was absolutely perfect, although the mosquitoes were pretty insane. 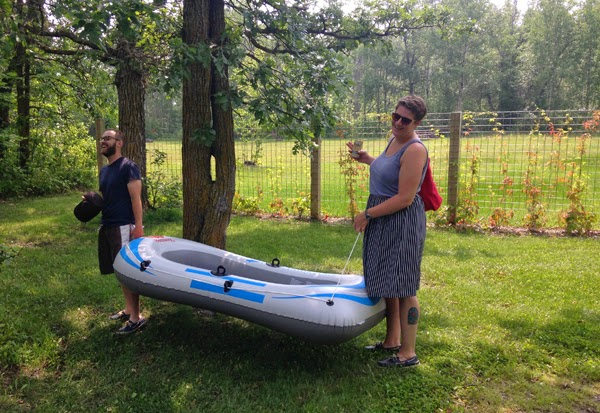