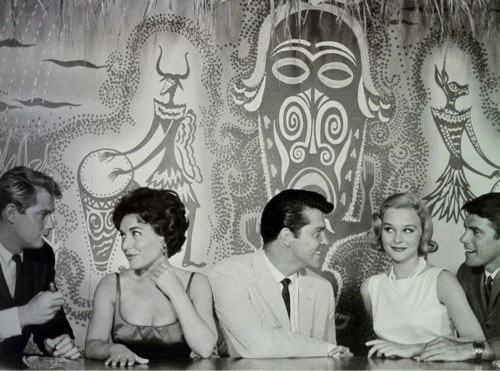 It's time to learn about tiki bars!
The words "tiki culture" refer to the Polynesian style bars and tribal art that started to pop up in America in the mid 1930s. When American soldiers returned home after World War II they brought back a huge South Pacific influence along with them and tried to achieve a similar feeling in America. A number of Polynesian themed restaurants and tiki bars started opening up across the United States, which were based off of the ones in the South Pacific however the American ones were quite a bit more kitschy (which we have no problem with!)
Don the Beachcomber was one of the first restaurants to open in the states and the interior was decorated in a very beachy tribal style, which meant that there were plenty of torches, tropical flowers, rattan furniture, wood carvings and dim lighting. The menu consisted of exotic South Pacific cuisine and more importantly they served very strong rum & punch drinks served in the now iconic tiki mugs and glasses. 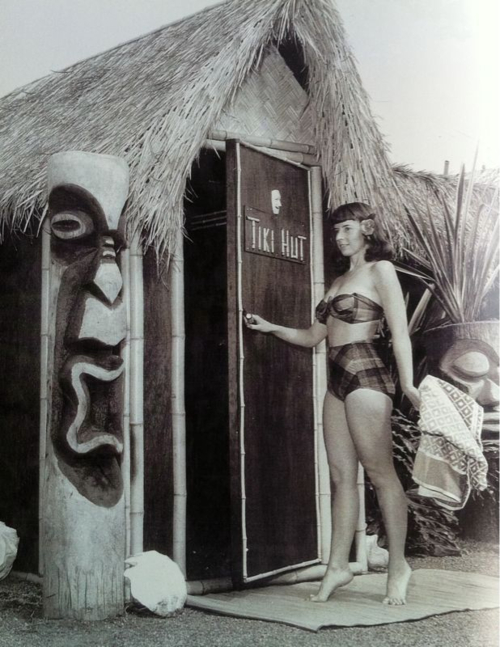 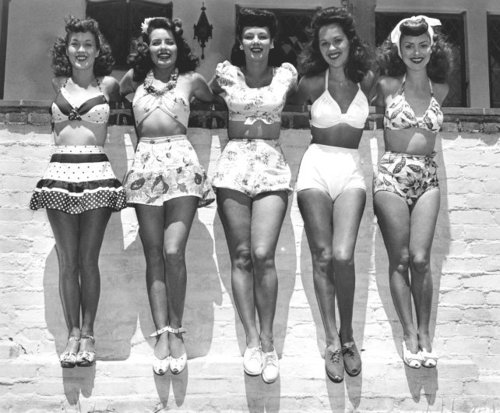 (all of the previous images were found here.)
There aren't many original authentic tiki bars still standing today, but if you do stumble upon one in your travels you are in for a treat! (I had the privilege of checking one out last year in L.A. and it was even better than I imagined!) A good solution to the lack of tiki bars nowadays is to start your own little bar at home! Here are a few mugs and glasses currently for sale that will either start your tiki bar off on the right foot or that you can add to your ever-growing tiki collection! 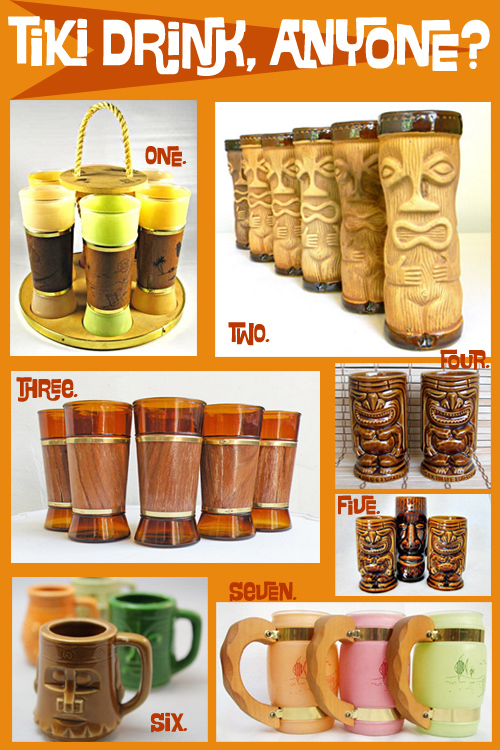 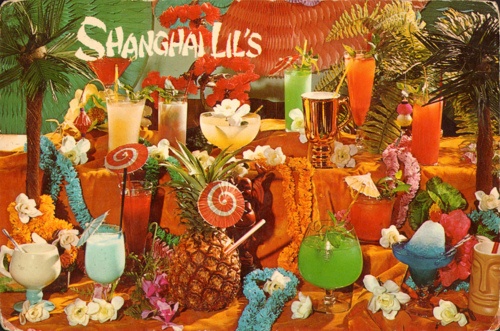