Home » our daily lives » The history of love.

The history of love.

Erin recently shared her proposal story and it got me thinking back to mine 3 years ago.
But before I can get into that, I've gotta start at the beginning... 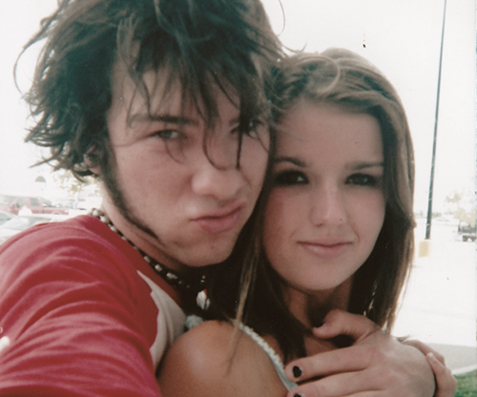 (side note: this is one of the few photos of me with highlights and Emery with no beard!)
Emery and I actually have quite a history together. We met back in 2003 when I just finished 10th grade and he had just graduated from high school (so young!) It all started when a good friend of Emery's was interested in dating my best friend, and he thought that things would be less awkward if they went on a double date. I told him that I would be cool with him fixing me up with one of his friends so that I could come along, so he fixed Emery and I up on a blind double-date. I had never been on a blind date before, and didn't have too high of expectations of getting a relationship out of it, I just figured that it would be a fun night hanging out with a babe (my friend showed me his picture) ﻿that I would probably never see again. So the 4 of us went on this double date, and Emery and I instantly hit it off! By the time we were half way through the date we were already holding hands, which was the biggest deal to my 16 year old self. The day after that we proceeded to go on another date... and we went on another date the day after that... and the day after that... and the rest is history! There was never a period of time that we were just friends, because we basically went from being strangers to dating! 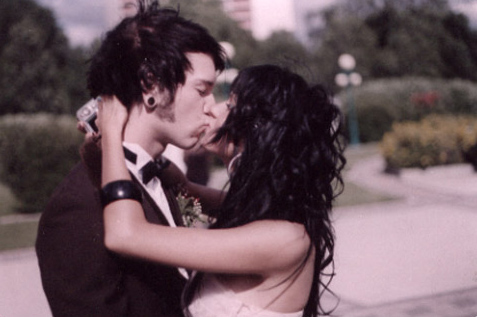 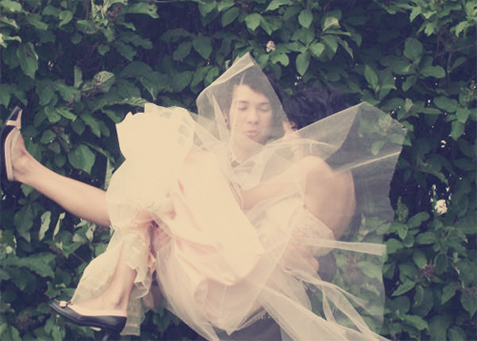 After dating for a few years I finally graduated high school and Emery was my grad date! Even in high school I was in love with vintage clothing, so I rented a 1950's baby pink prom dress and he wore a vintage brown tuxedo. It was really quiet a lovely day. After my graduation I decided that I wanted to get a full-time job and get some work experience rather than just jumping into university right away. 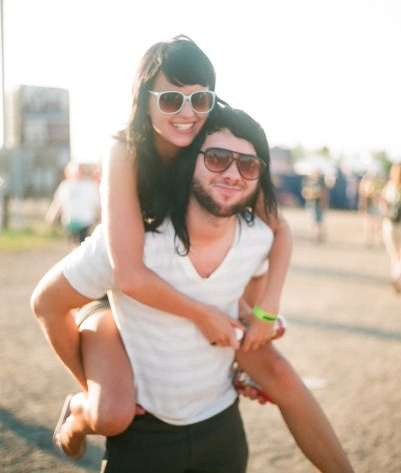 For the first part of our relationship Emery lived at his parents' house in Steinbach, which is a small town about an hour away from my parents' house in Winnipeg. At around this time he moved to Winnipeg to go to school to study Audio Engineering and to be closer to me, which I was super excited about! When I was 20 I moved out with my best friend and we had the greatest time being on our own! It was really important to Emery and I that we each had independent lives and interests outside of our relationship. I feel like that is one of the trickiest parts about being in a serious relationship at such a young age is creating your own sense of identity without always having to rely on your partner. That was definitely one of the biggest lessons that we learned. It's all about finding the right balance of personal time and together time. Also, staying together with your high school sweetheart after high school can be a bit challenging because people change so much as they hit their adult years so it is important that you both change and evolve together. 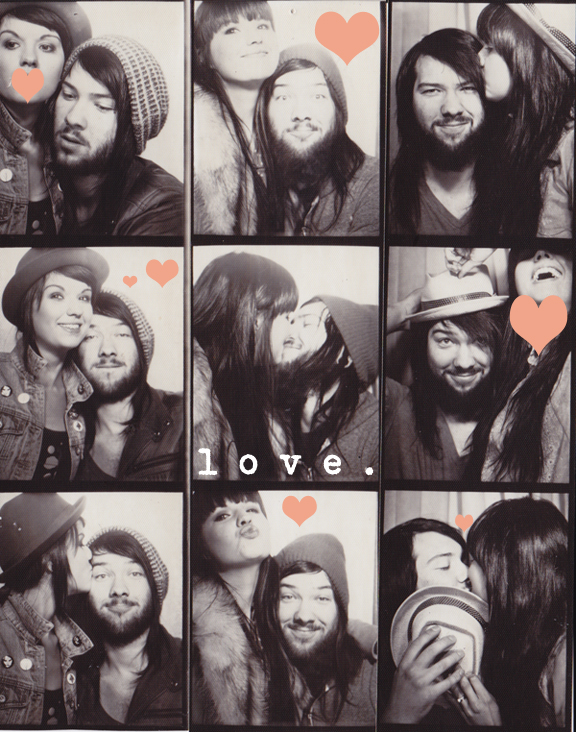 It was the day before our 5 year anniversary and Emery decided to take me on a lovely date! At this point we were both working opposite schedules so it was a rarity that we would have a whole day off together! I was very excited! It was a gorgeous September day and we went for lunch then took a relaxing stroll around the art gallery! After that he informed me that he had booked me an afternoon at the spa! He dropped me off there and said he would be back in a few hours because he had some errands to run. So I was just relaxing and enjoying being pampered all afternoon, and then as I was about to leave, one of the estheticians took me to the back room where my favorite dress and favorite pair of heels was hanging in a garment bag and she gave me instructions to change into them! I had no idea what was going on or how they got there but I was eagerly going along with it! After I changed she told me that my ride was waiting outside, and when I walked into the parking lot my dad was waiting for me in an amazing 1960's car! I was totally blown away! I was so psyched on the ride home to be driving in such a cool car that I didn't even have time to think about why I was. After my dad dropped me off, I walked through my front door to find all of the lights off and all of the blinds shut and the room was filled with hundreds of candles and my favorite song playing! At this point Emery walked around the corner in a tux and got down on one knee and told me to make him the happiest guy in the world and marry him!!! My hand would not stop shaking as he slipped the ring on (which he had gotten custom made for me after a vintage engagement ring that I loved!) These photos were taken RIGHT after I said yes! 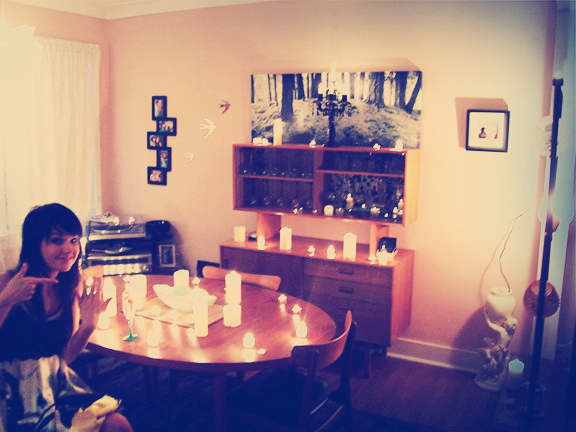 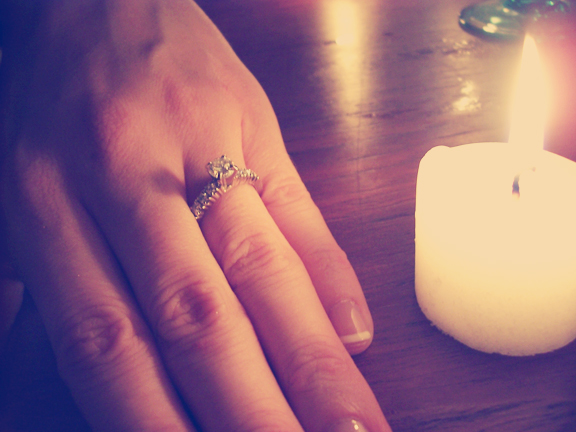 After my heart started beating again, he made me a delicious dinner and we drank champagne and listened to records all evening long! We already eagerly started planning when we wanted our wedding to be and where we wanted to go for our honeymoon! We decided to have it in the following June of 2009, which gave us plenty of time to plan our dream day! (which I will be sharing with you very soon!) 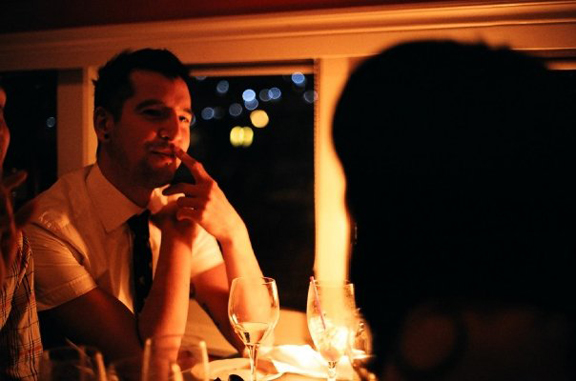 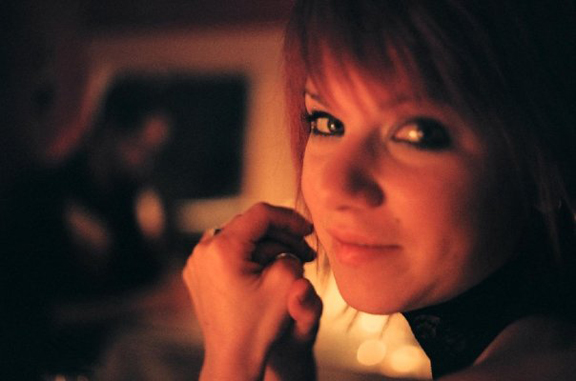 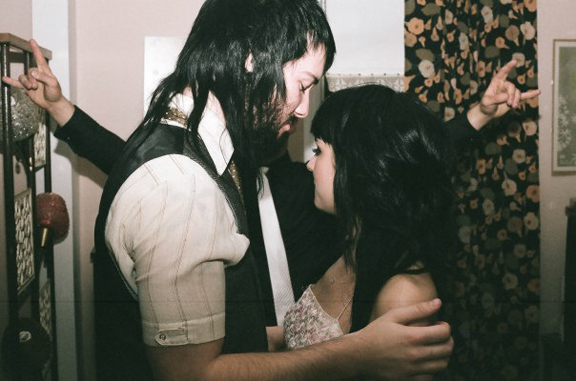 A few weeks later we had a lovely engagement party with our close friends & family! We went for dinner, drank champagne, ate desserts and celebrated all night long! 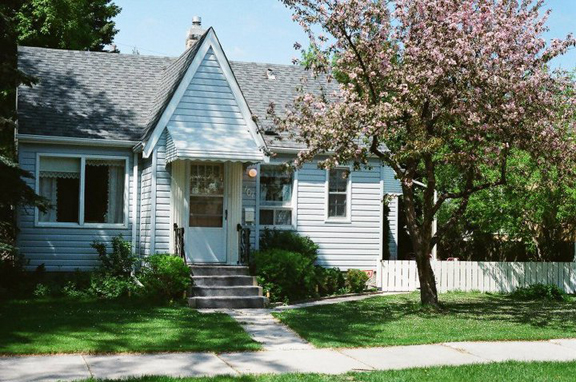 Now 3 years after the magical day that we got engaged, we are still living happily ever after in our little blue home! My advice? Never say no to a blind date... because you just never know! ;)
Lots of love,
Stefanie
xo
9:36 AM
Unknown
our daily lives