Home » our daily lives » travel » It's time for Tokyo!

It's time for Tokyo!

As most of you know, we started off our trip in Tokyo, Japan! Neither of us had ever been there before, and unfortunately we only had one full day to spend in the crazy city, but we're so glad we did!
Side note-we were only there for a day, hence the lack of outfit changes! 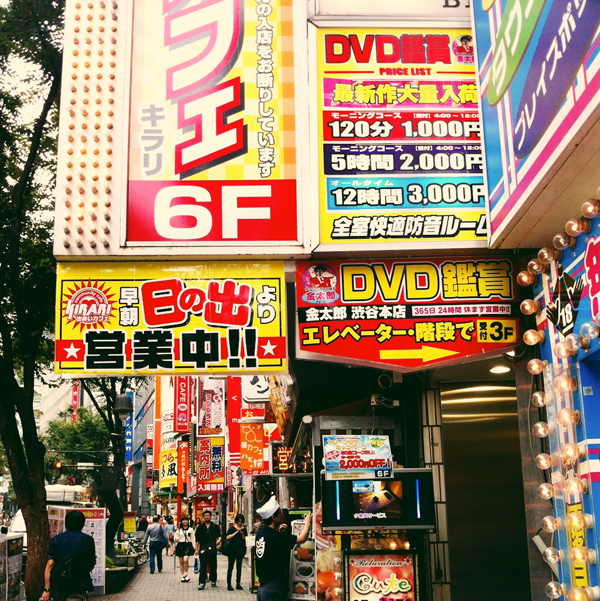 The first thing we can say about Tokyo is how crazy their transit system is-particularly the subway! We left the airport and somehow managed to get on the right train to take us to Asakusa, which was where we stayed both nights we spent there. We were really surprised by a few things right off the bat-first off it was freezing cold and raining and when packing for Thailand we didn't think to bring anything for this kind of weather, so that was kind of too bad. Secondly we were surprised by the language barrier, we are used to Thailand where almost everyone seems to speak a bit of English, or at least enough to get by. That mixed with the cold/rain and not knowing where the heck we were going, on top of the jet lag, kind of threw us off the first night. However we managed to get our act together by the morning! 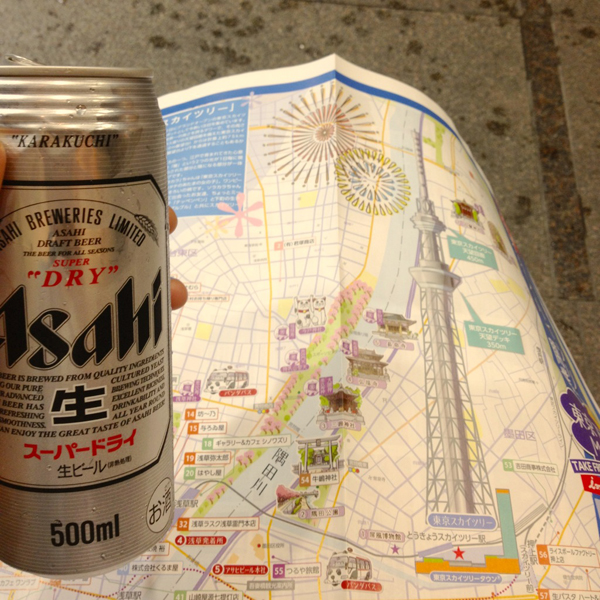 We started the morning off right...with a cold Asahi and a map of the crazy city trying to figure out the insane subway system. 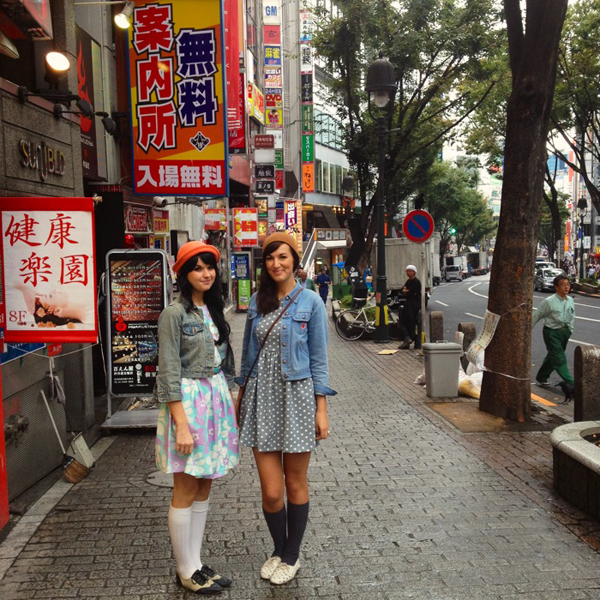 We spent the entire day exploring the streets of Tokyo and it was incredible! Definitely unlike any other city we've ever been to! We spent the majority of the day in two areas-Shibuya & Harajuku! 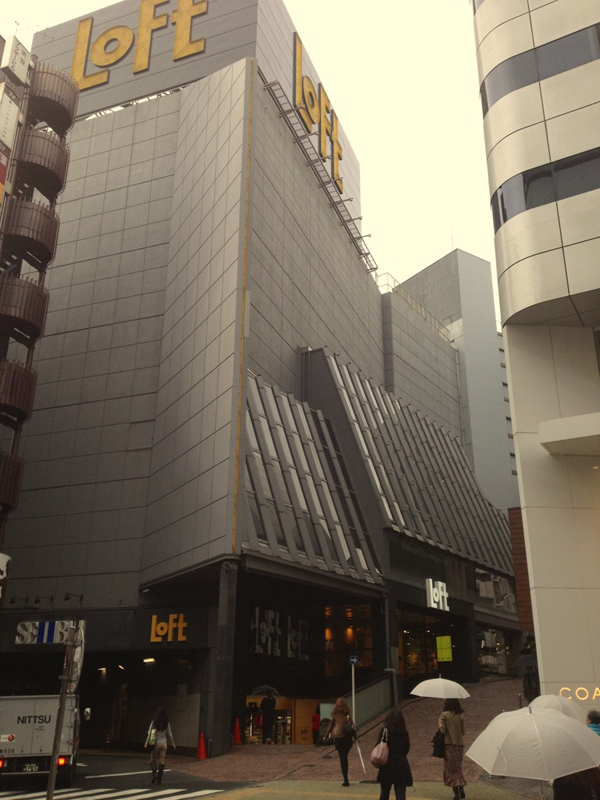 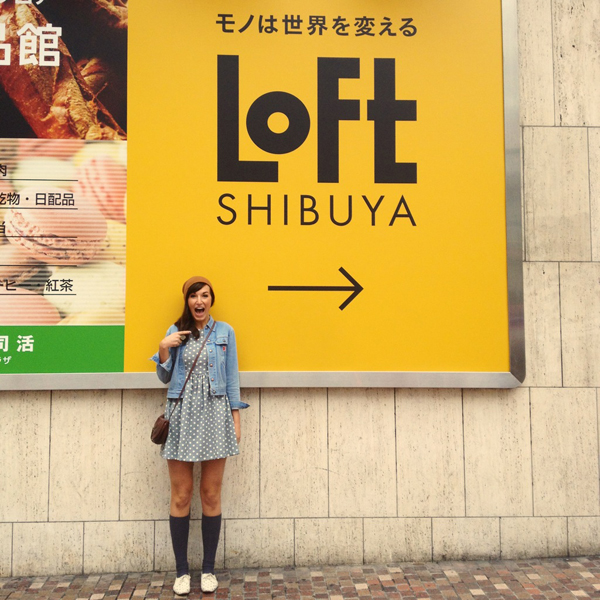 Our first stop was my favorite store of all time...Loft! I had only been to the one in Bangkok (many times!) but was blown away by the size of the one in Tokyo! Loft is a one stop shop with everything from the cutest stationary and office supplies, kitschy household items, amazing furniture, party supplies, beauty products and the list goes on and on! The stationary section and the kitchen section are literally to die for. 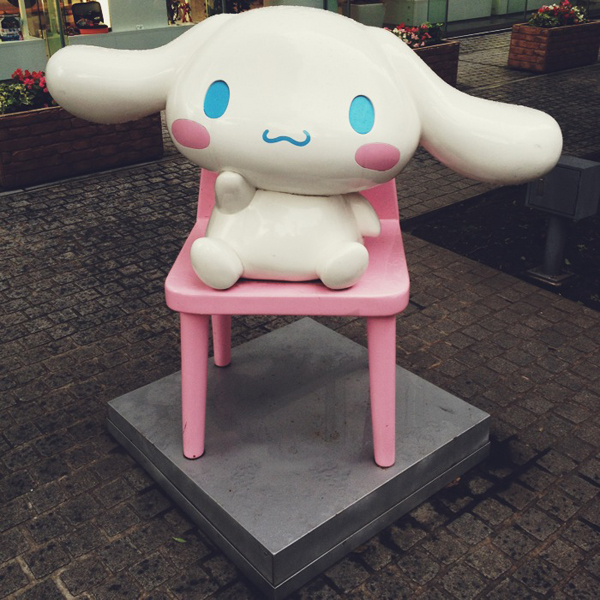 A typical super kawaii creature on the street. 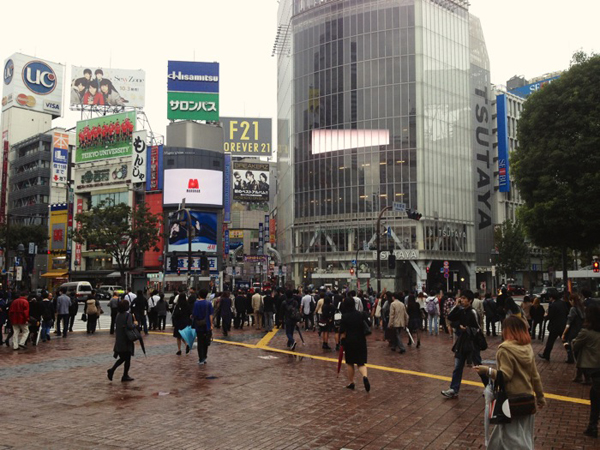 After our Loft fill, we headed to Shibuya crossing to take some pictures! We're wishing we could have seen it at night...maybe next time! 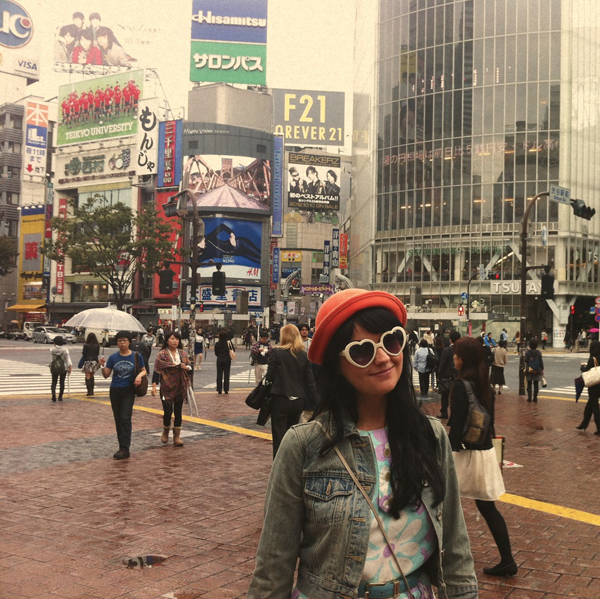 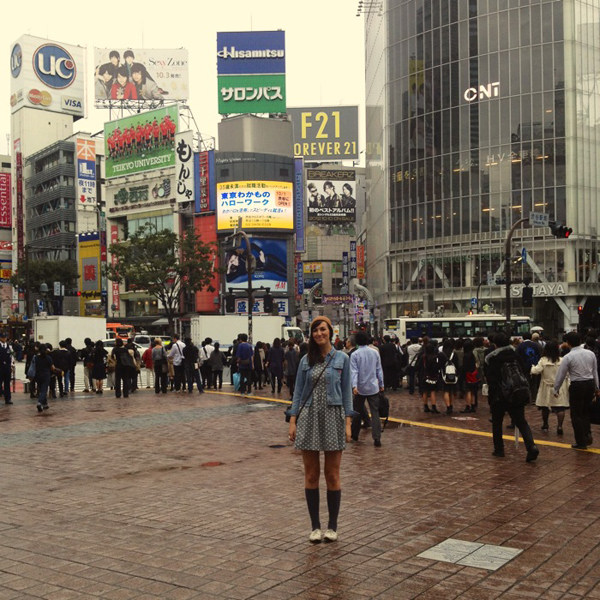 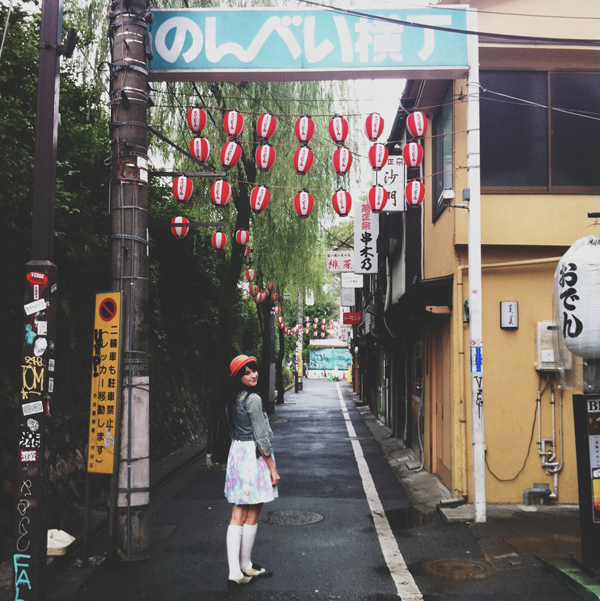 We found out later that the sign above Stef says "Drunker St." We had a good chuckle about that one. 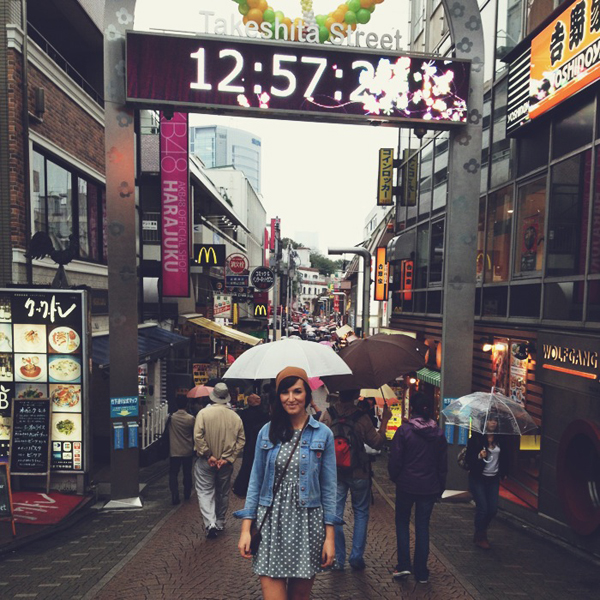 After we got our Shibuya fix, we hopped back on the subway and went to Harajuku to shop! We started on Takeshita Street! We didn't buy too much, but we did stock up on cute knee socks and tights! 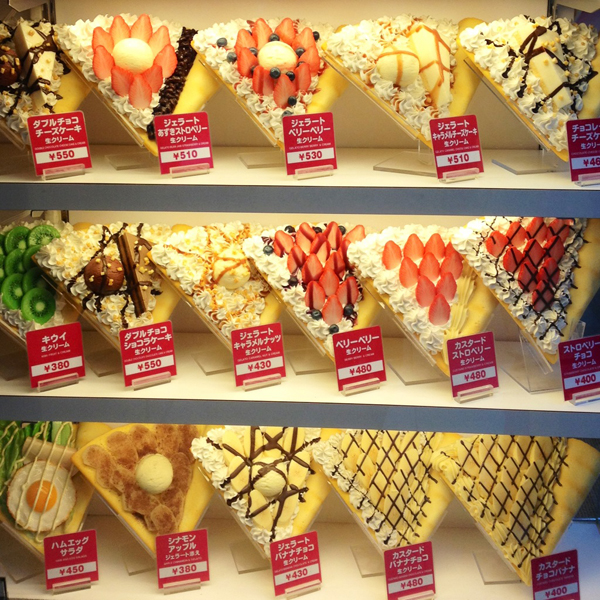 You can't go to Tokyo without stopping for a crepe! The creperies in Japan are where my old business partner and I got our idea for Kawaii Crepe. We loved looking at all of the plastic food on display...it looks so real! 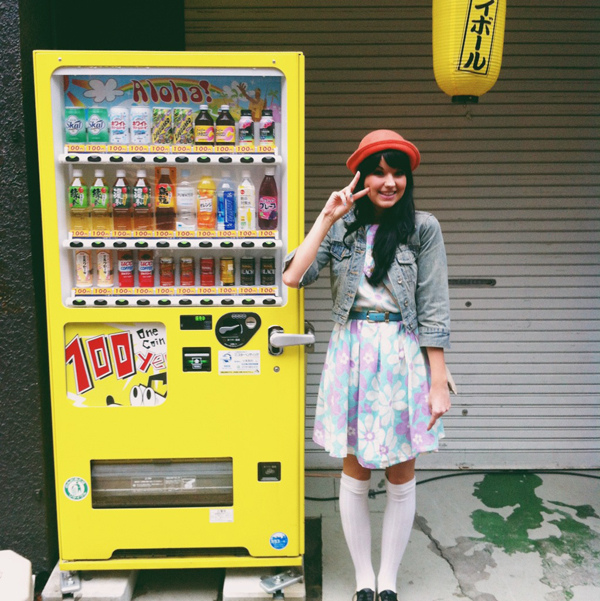 Another thing we loved about Tokyo are the vending machines...those things are everywhere! 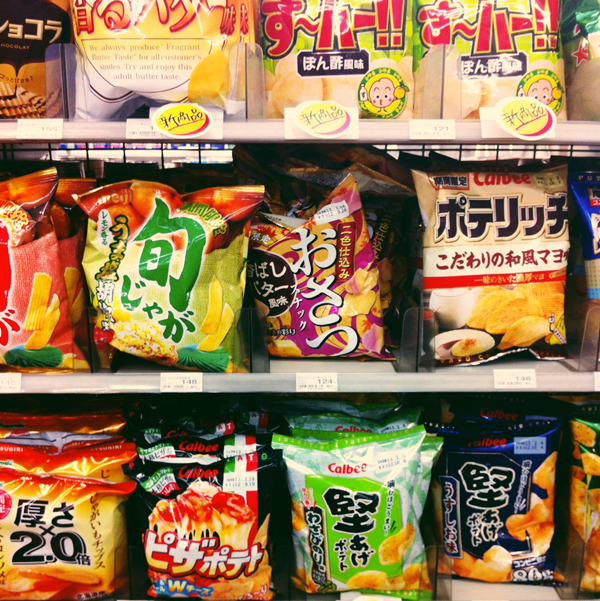 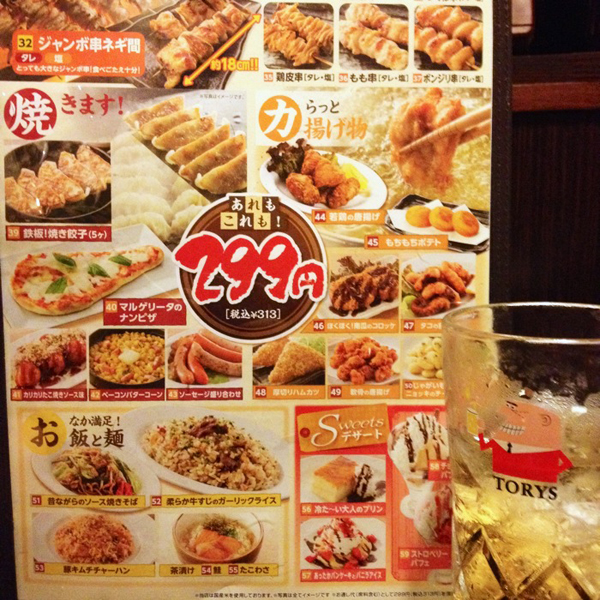 After a full day of shopping, we went on the hunt for gyoza, sushi, tempura and saki! We found all four, but ordering at restaurants was a bit challenging. Clearly we don't read or speak Japanese, so we pointed at pictures and hoped for the best! Although usually surprised, we were never disappointed with the food! Everything we tried was SO delicious! 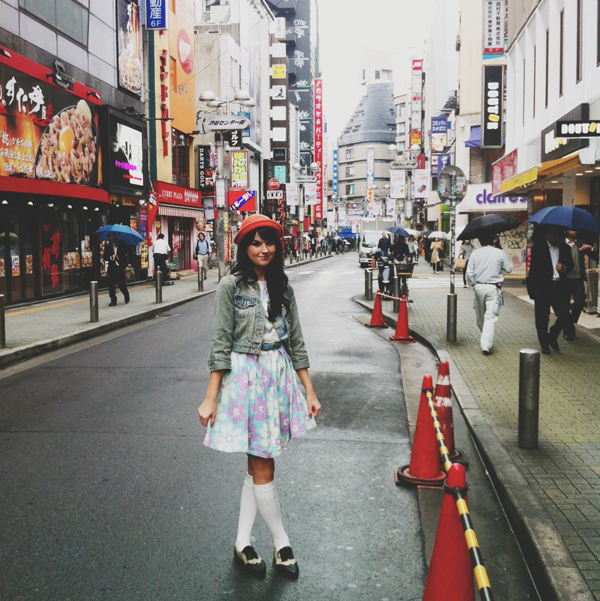 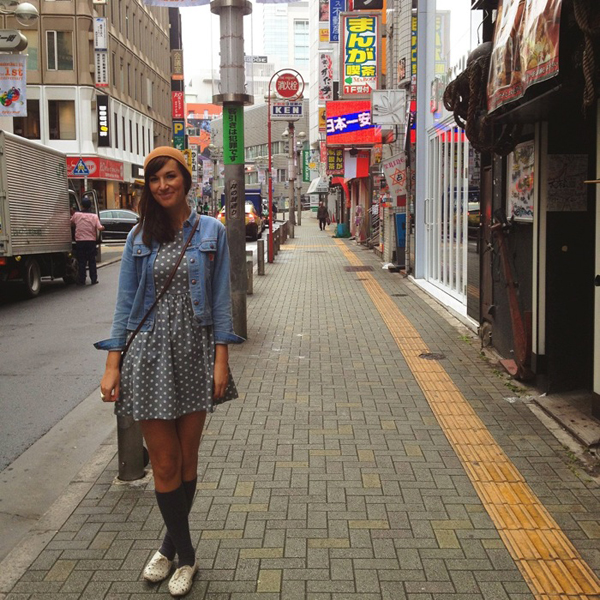 That's all for now! Until our next trip that is...
xo Erin & Stef
9:56 AM
Unknown
our daily lives, travel