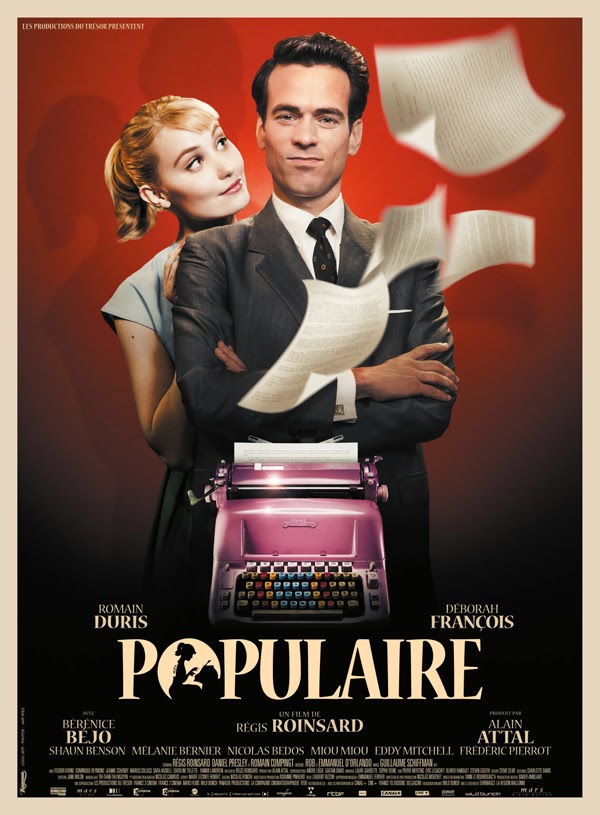 So a few nights ago, I was looking for a movie to watch on Netflix and I stumbled across this gem. I had never even heard about it before, but man was it ever a pleasant surprise. I haven't seen a film like this in quite some time, and it was so refreshing!
I don't want to give too much away, but it's a film that takes place in 1958 and is about a girl named Rose who leaves her home town wanting more in life, and becomes a secretary for a handsome Frenchman named Louis. He quickly realizes that she is a whiz with a typewriter and trains her to hopefully become the world's fastest typist.

From the opening credits I knew this was a movie right up my alley. From the colors to the font, I was completely hooked. 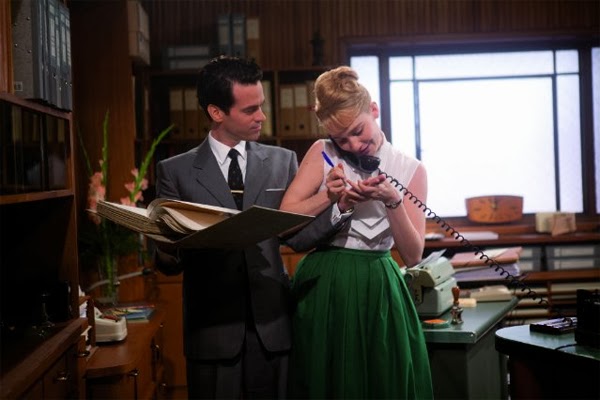 The costumes in this film were spot on, and this dress was clearly no exception!

Such a dreamy house!

Seriously, how cute are they?

How fabulous does this look? The Eiffel tower, the poodle, the scooter and the cars!

Her iconic nails to match her color-coded typewriter keys!

Love this scene so much!

What are you waiting for? Go watch this film - it's on Netflix right now too!
11:32 AM
Unknown
music and film