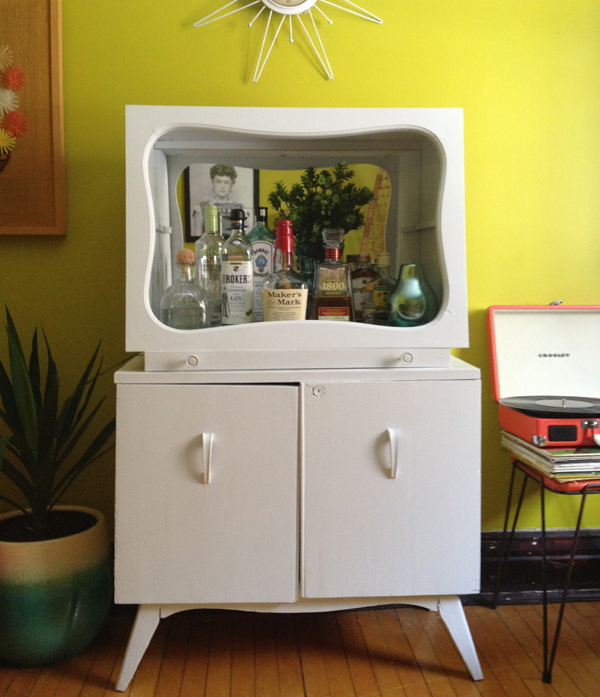 So I have a good story behind this vintage cabinet. It all started in the Summer when I saw this ad go up on kijiji (Canada's version of Craigslist). 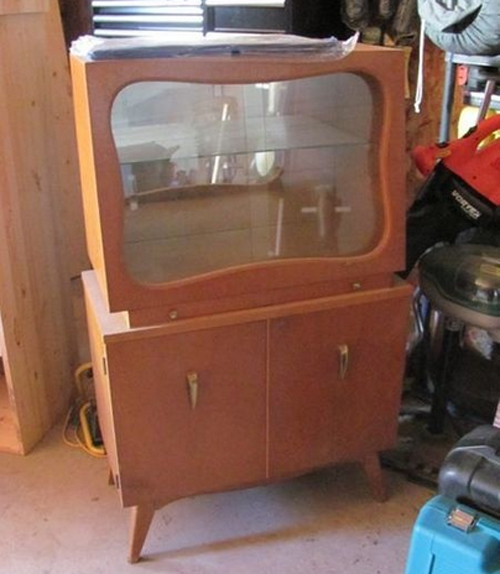 I instantly fell in love and knew it had to be mine! I immediately picked up the phone and called the number, but unfortunately the guy was just loading it onto someone's truck. It was sold. I don't know why, but I had an urge to put the photo of the bar on pinterest because I had never seen anything like it. A few weeks passed and I got a random email from a woman who lives in Winnipeg and had even been in my shop before! Low and behold, she follows Stef and I on pinterest, saw the pin and had the exact one sitting in her garage that I could buy! My mouth literally dropped to the floor. Seriously, what are the chances? I went and picked it up that same day and it was even cheaper than the first one I fell in love with! I took it home and have loved it ever since. Well, as good as that story is, it gets even better! A few weeks after I took it home I was working at the shop and one of our regular customers who has an incredible collection of 50's and 60's furniture and knick knacks came in and we got to talking and he asked if I had found anything interesting lately. I quickly pulled up the photo on pinterest and his mouth dropped. It had been his ad on kijiji! When I called about it, it was him that I had spoken with! We had a pretty good chuckle about it, and he was so happy that I ended up finding one just like it! On that note, let me show you the cabinet! 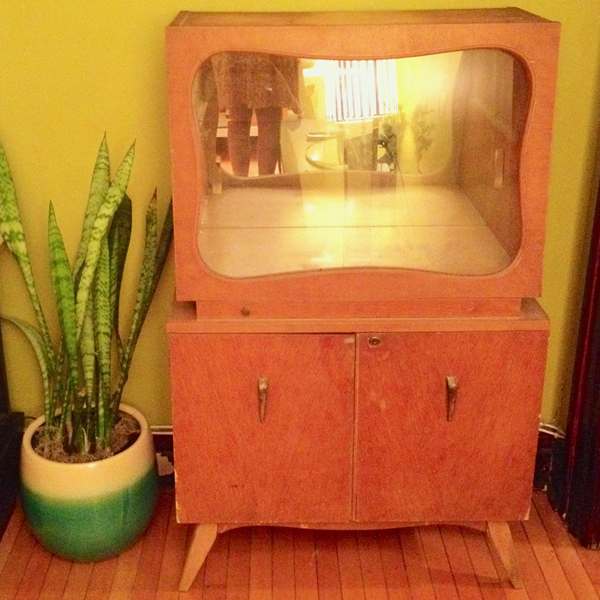 So this is what it looked like when I first brought her home. Sorry for the poor photo! This is what she looks like now! I'm thrilled with the way it turned out!
First I stripped it down, took out the sliding glass doors, sanded the whole thing down and then did one coat of an oil primer. Once that dried I did two coats of white paint. The left door is a little bit crooked, but I like that it doesn't look perfect! 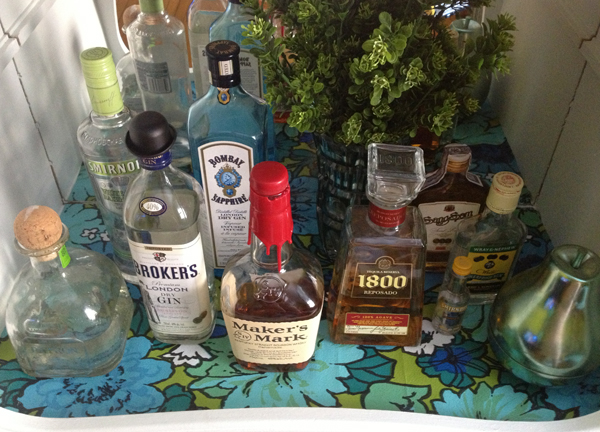 After everything was dried, I measured the inside and cut a piece of vintage floral vinyl I had been saving for just this kind of occasion! 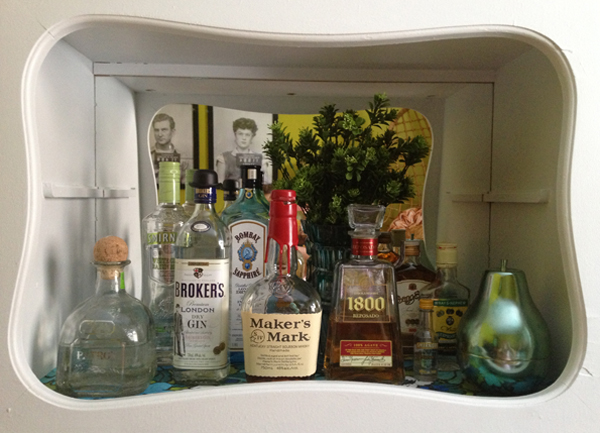 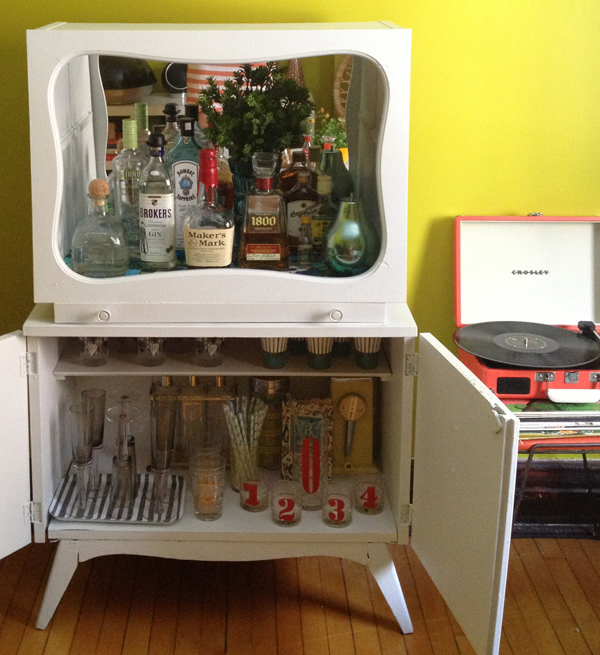 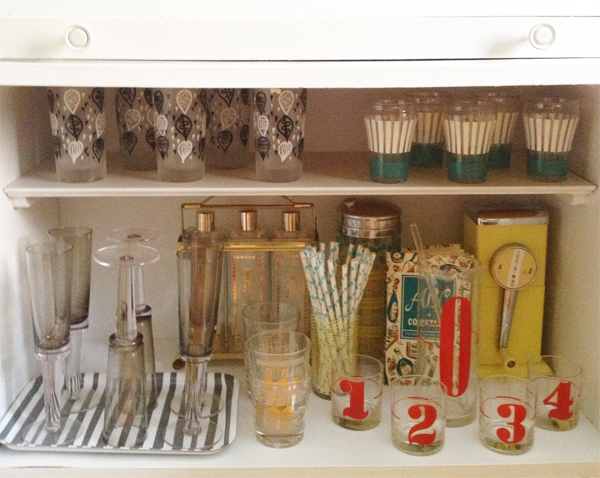 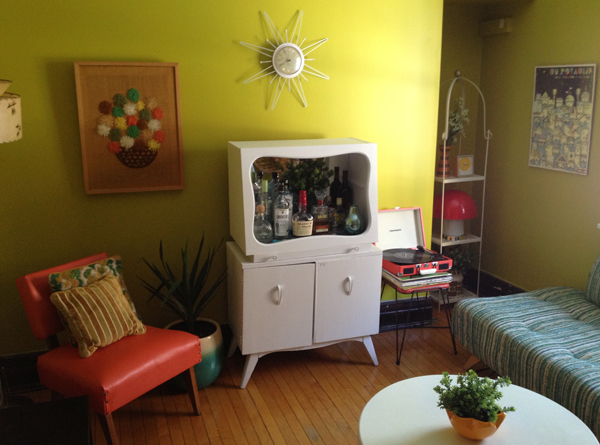 Ta-da! What do you think? Have you done any fun make-overs to something in your home?
10:30 AM
Unknown
DIY, our homes