I can't believe July is behind us! What a crazy whirlwind month, like Stef said! Summers in Winnipeg truly are the best, and this one has been no exception so far! Here's a little peek at what i've been up to lately... 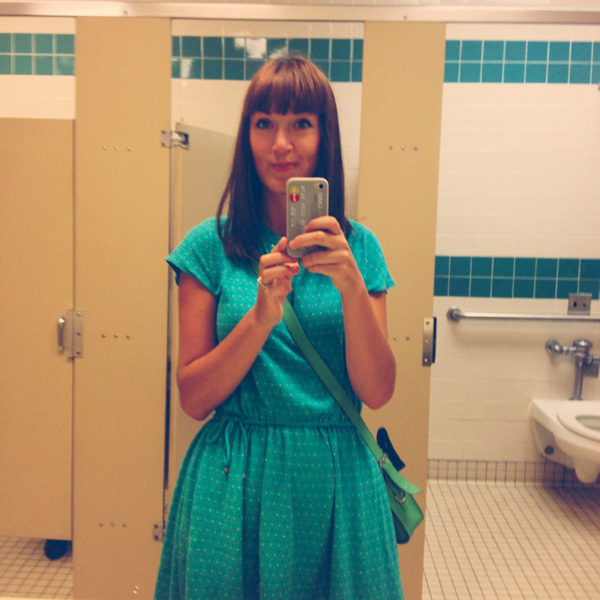 A week ago, my sister Megan and I took a mini roadtrip just passed the US border to pick up a package I had shipped there. We put on our old cds from when we were 15 & 16, singing along to all those familiar songs, laughing the whole time. Naturally we stopped at all of the thrift stores along the way and filled the car to the brim and then headed back to our parents' place for a quick swim and dinner. 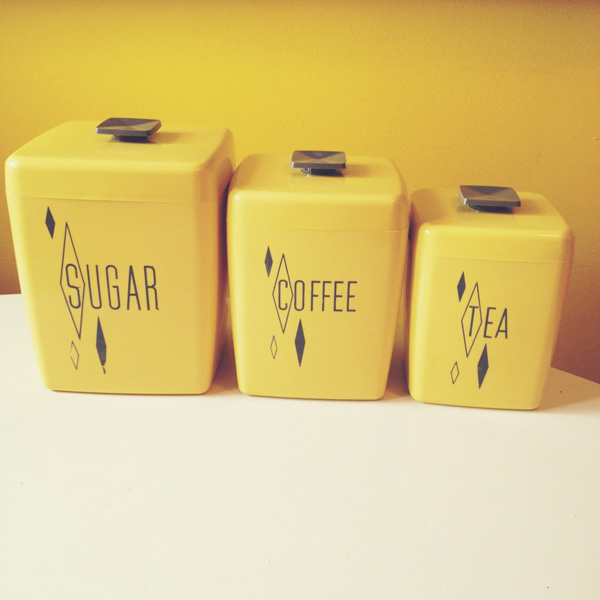 These beauties were what was waiting for me at the border! Aren't they just perfect? 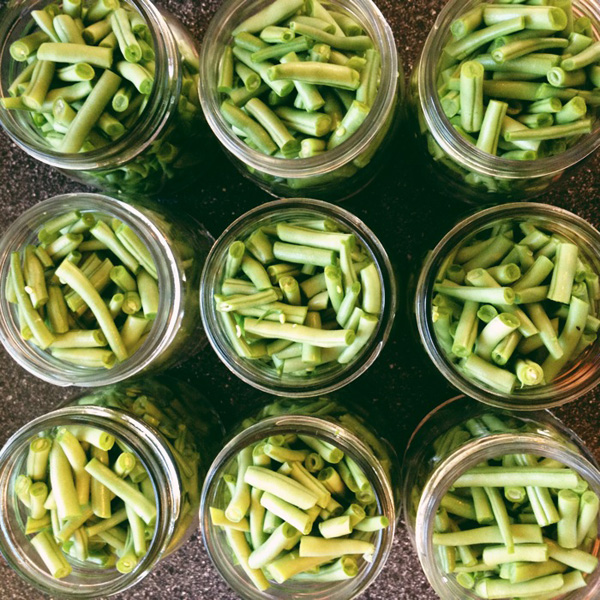 Another thing I did in the past few weeks was some canning with my mom for the first time! Her garden was overflowing with green beans so we chopped them up and canned them! I ended up with 12 pints of fresh green beans, now I just have to decide what to use them all for! 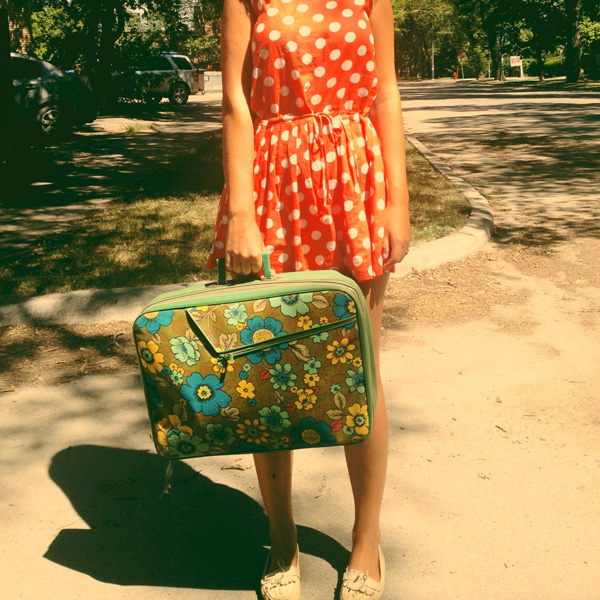 Then it was time to go to the lake! My husband and I, along with 9 of our close friends and two kids headed off to a cabin (2 actually) that we booked in May, just outside of Gimli, Manitoba for two nights. Part of the reason we went is for the annual Gimli Film Fest which takes place on the beach (of a lake obviously, since we live in the prairies!) at night, and the movie we watched this time around was E.T-a classic! The screen is in the water and you watch on the sand, so it got super chilly, but everyone brought blankets and built up pillows in the sand so we stayed pretty cozy. Next time i'll bring even more blankets though. 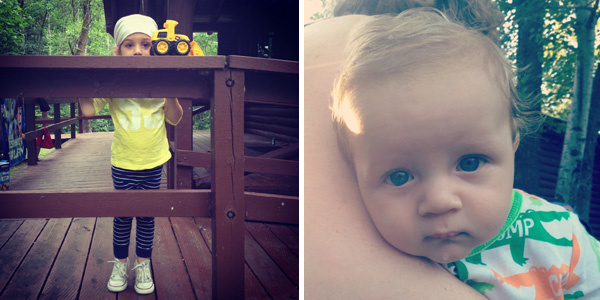 These two stole the show back at the cabin, Rollin on the left, and Rusty on the right, these two boys were SO perfect, and barely made a peep the whole weekend!
One thing I love about my friends is the fact that food is key. We always eat well. We had a fish fry the first night, and ordered the best pizza to have by the fire the second night. Our breakfasts were also top notch, as was the Summer beer (limeade/vodka/beer) that we drank.
I am so blessed to have such a tight knit group of friends. We literally had the best time away and are definitely going to make a yearly trip out to those cabins. 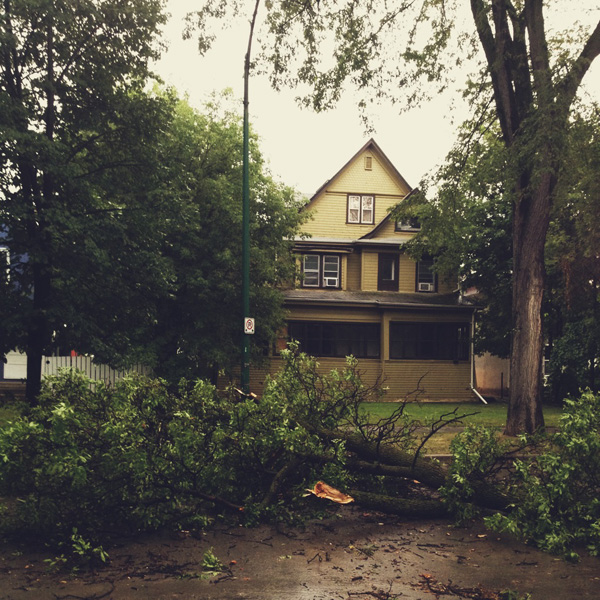 We have been having the BEST weather this July, but the day we left Gimli we got hit with a huge storm in the evening, leaving us with no power and  took down so many trees in the city, including this one behind our house! 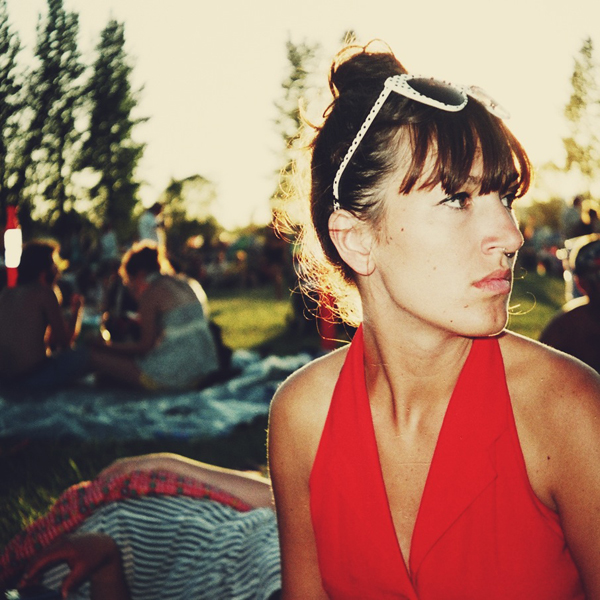 Photo taken by my sister Megan.
I almost forgot! Another huge highlight from July was the Winnipeg Folk Fest! 5 days of camping with friends and listening to the most amazing music! I'll be posting a playlist on Saturday with some of my favorite Folk Fest songs!
Happy August!
xo, Erin
9:17 AM
Unknown
our daily lives