Home » our daily lives » My life in Insta-land.

Here's a peek at what I (Erin) have been up to (in Instagram form) for the past few weeks. 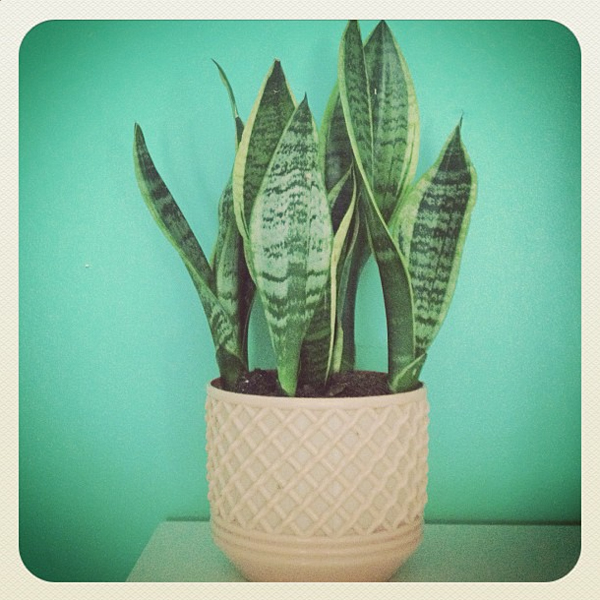 I can't even believe that Summer is whizzing by as fast as it is! It's been a busy one lately, and it's only getting busier! I'll be camping out at the Folk Festival here in Winnipeg for the whole week, and then I'm off to Canmore, Alberta for a wedding the weekend after that! 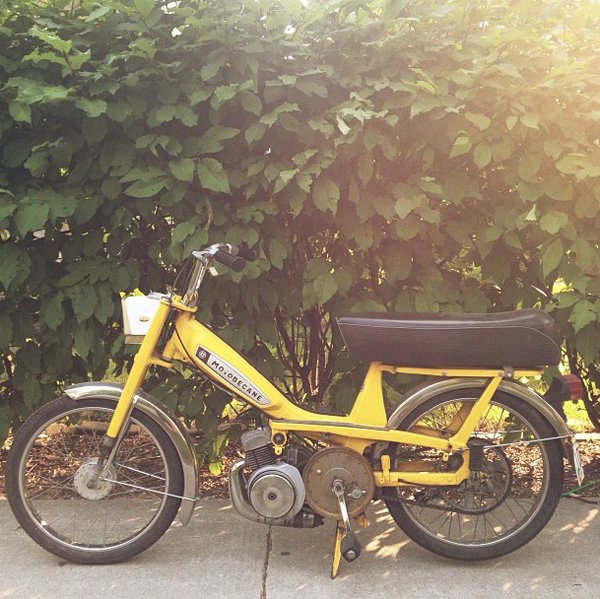 This is my 1971 Motobecane moped. She's a beauty and it's almost killing me that I haven't been able to ride yet this season. My sister's boyfriend Craigh just opened a rad new shop (where he fixes mostly mopeds). Pretty convenient that he is the go-to moped fix-it guy in the city, so he picked it up this week and we're hoping it's road ready soon! Can't wait! 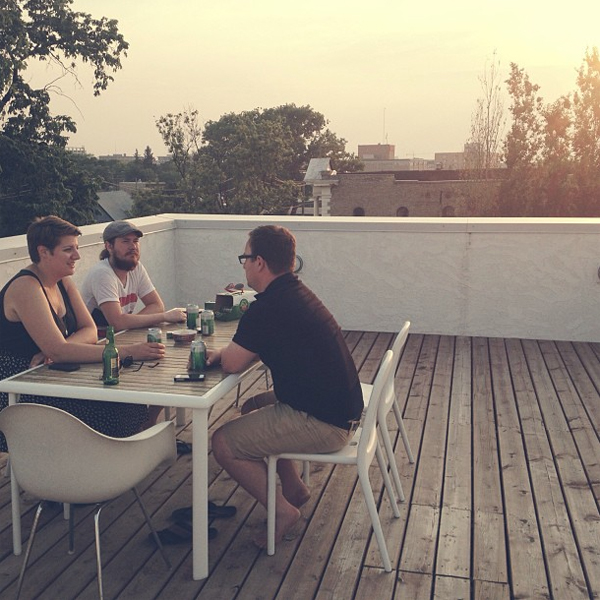 My good pal Tiff (on the left obviously) is condo-sitting for a friend and it has the most incredible rooftop patio that we have been taking advantage of all week. The night that this was taken turned into a rescue mission! The girl in the condo next door (who happened to know Tiff) locked herself onto the roof! A locksmith came and could not get the lock opened so we resorted to getting a friend to come by with a 10 foot ladder and Derek bust through the window that was partially opened. It was a very crazy situation, but we helped the girl pass the time by throwing her beers and pizza that we had delivered! Almost 4 hours later we got her off the roof and she brought a bottle of champagne to celebrate her freedom! Ha! 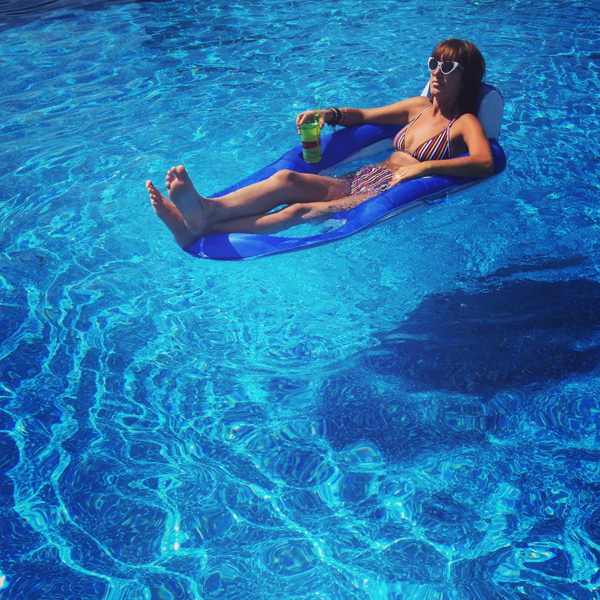 Our temperatures have been rising over the past few weeks and I've been lucky enough to hang out at my uncles' pool in my home-town on more than one occasion! 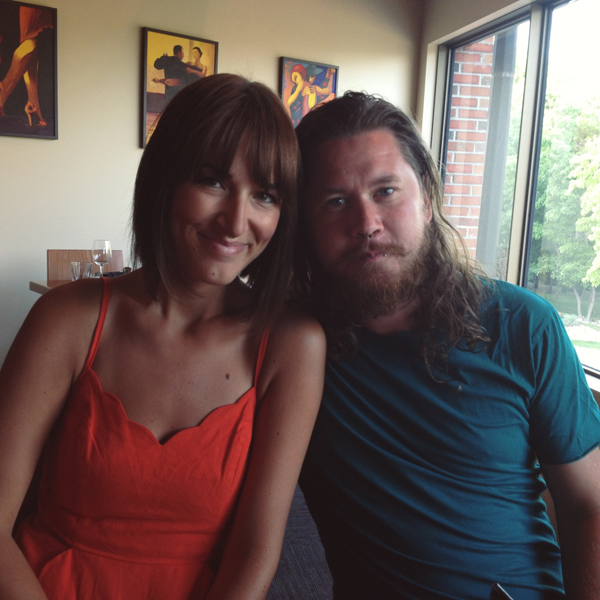 It was this guy's 30th birthday on the 3rd and we literally had the best time celebrating!
We went to a churrascaria here in Winnipeg with 10 of our close friends. What the heck is a churrascaria you ask? Well simply put, it's a Brazilian BBQ restaurant and the one here in the city is called Carnaval and oh my word, it was crazy good! They bring out so many different kinds of bbq'ed meat and we seriously left in near meat comas! After dinner we met another 20 friends or so for drinks and had such an awesome time celebrating Derek! 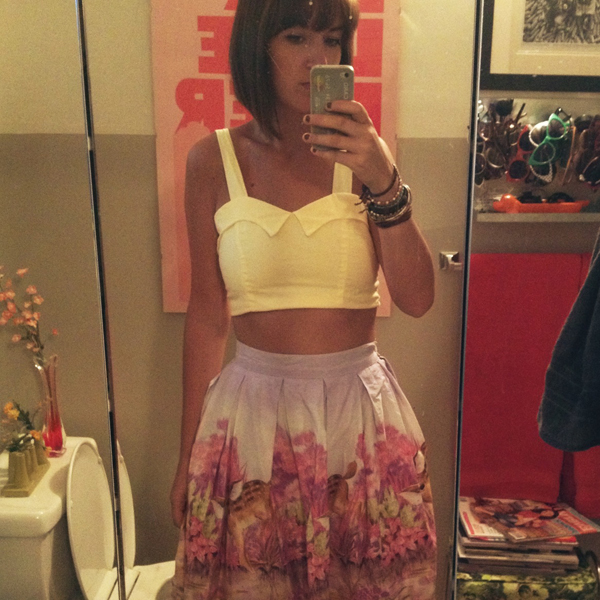 Cropped top weather! (The skirt is vintage and has deer on it and the top is from Bangkok.) 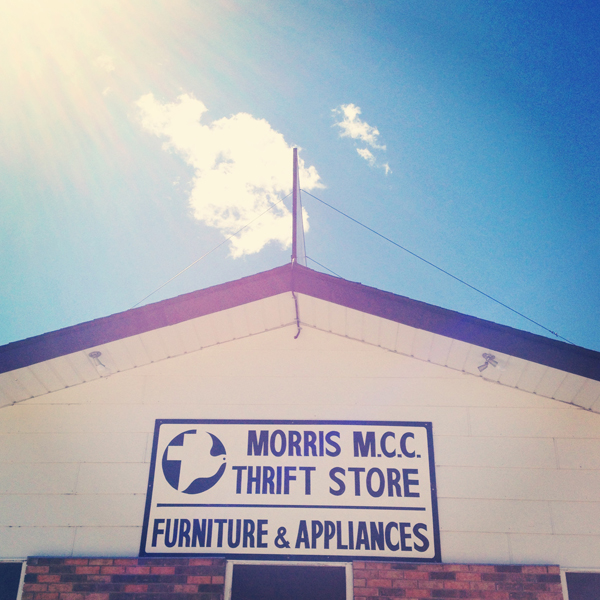 Summer is my favorite time to head out and hit up thrift stores and this one in Morris, MB is one of my favorites. I used to volunteer here with my grandma in my teens. 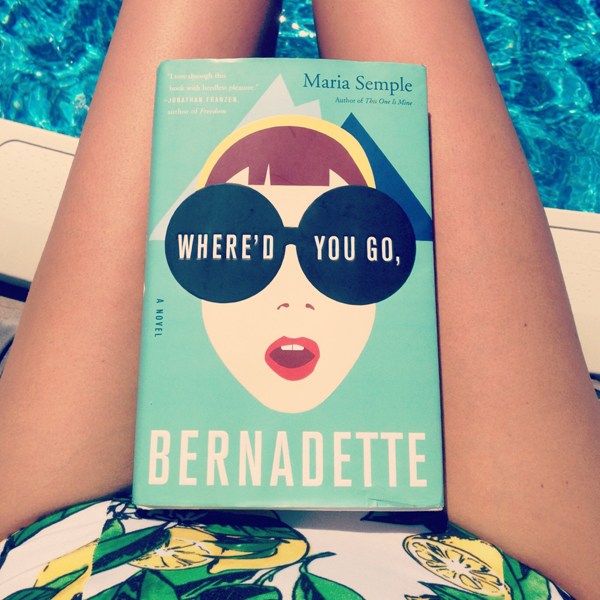 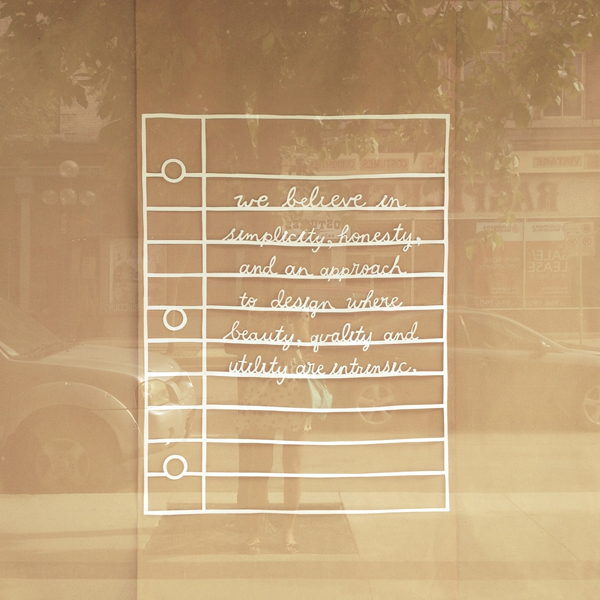 Some news we're super excited about - we're getting new neighbours at the shop! We are thrilled to welcome our friends Drex & Danica of "Tiny Feast" to 221 McDermot Ave! They will be selling stationary and supplies as well as running a letterpress studio!We couldn't have asked for sweeter pals next door and can hardly wait until they open their doors at the end of the month! 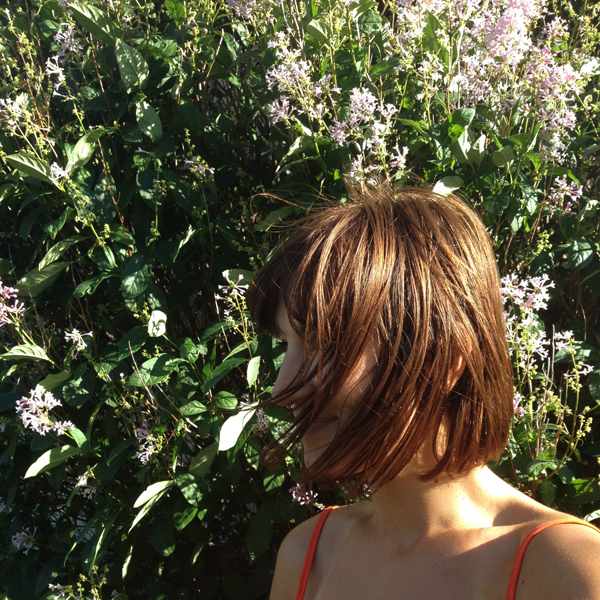 Smell ya later!
xo, Erin
10:44 AM
Unknown
our daily lives