Home » our daily lives » travel » My trip to Chicago

My trip to Chicago

This past weekend I headed down to Chicago with five of my girlfriends for a bachelorette-of-sorts, but mostly just to escape our city and explore a new one! We woke up at 3:30 AM on Friday morning and drove for over 15 hours (normally it would take 12-13 hours, but we got stuck in long weekend rush hour traffic). This trip was exactly what we all needed. We walked absolutely everywhere, ate amazing food, and shopped till we dropped. We arrived in the evening and headed out for a drink (after that long drive we all needed one!) and then had dinner at Weber Grill. I don't know if I've had that much meat in one meal in my life, but it was so good! We headed back to the hotel and crashed hard and woke up early the next morning, grabbed breakfast and started exploring. 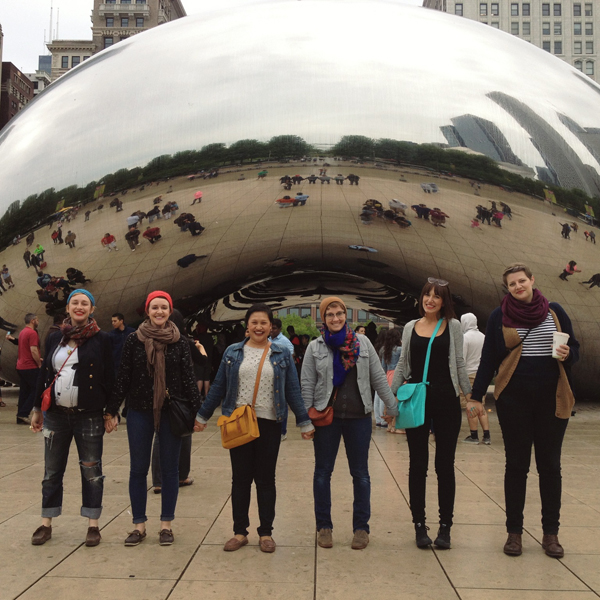 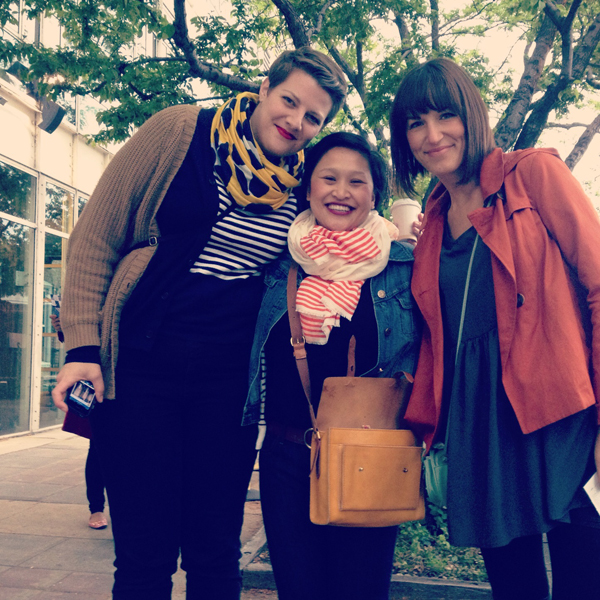 We shopped for most of the day and in the evening we went on the river architecture tour and it was a definite highlight of the trip even though it was very cold! 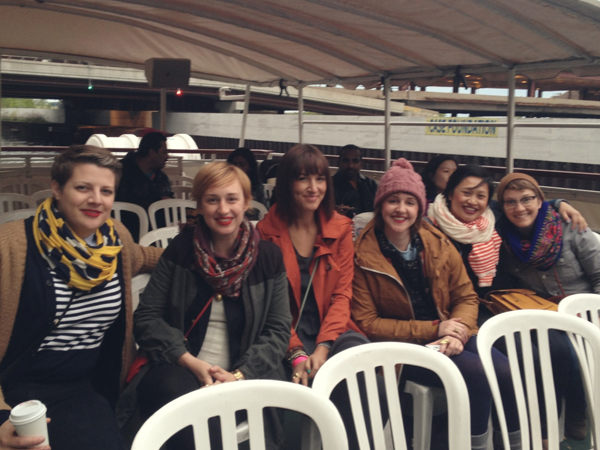 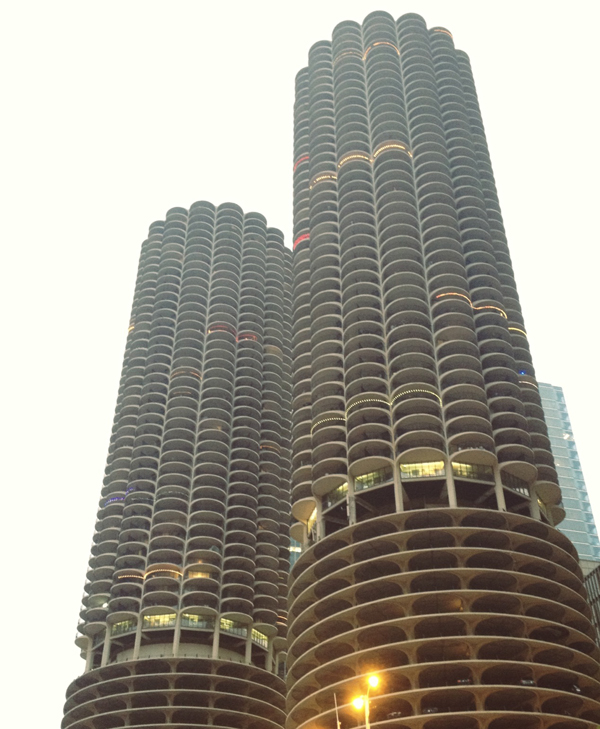 This was my favorite building on the tour - so Jetsons'-esque! Later that night we went to The Publican for dinner and then out dancing and ended up staying out until the sun was coming up. 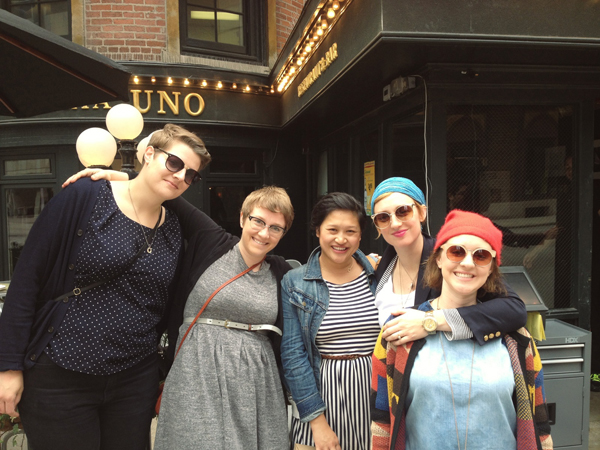 Naturally after a night of drinking and dancing, we went for a late pizza breakfast! Ha! 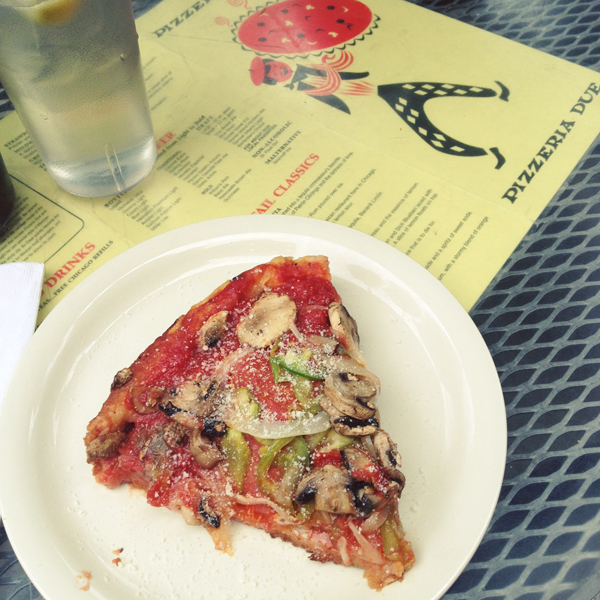 We went to Uno's for deep dish pizza and it was so delicious! 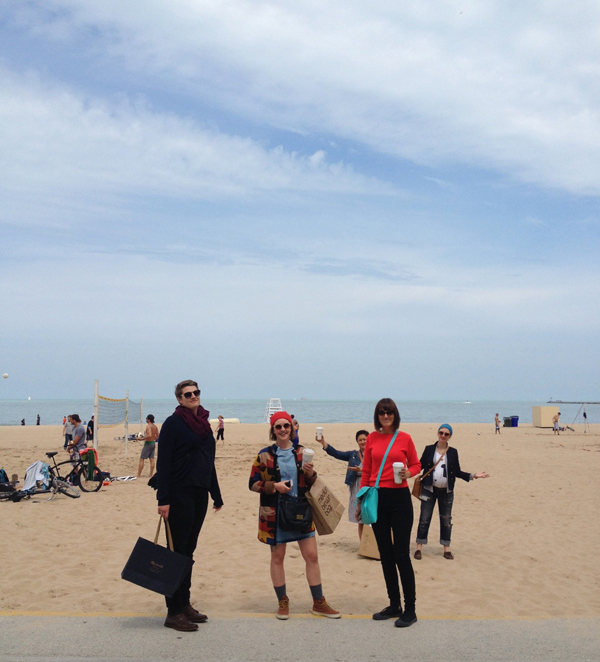 One of the things I love about Chicago is the beach, and it's right downtown which is so crazy! It was super chilly for most of our weekend, but it magically warmed up for the hour we spent on the beach! 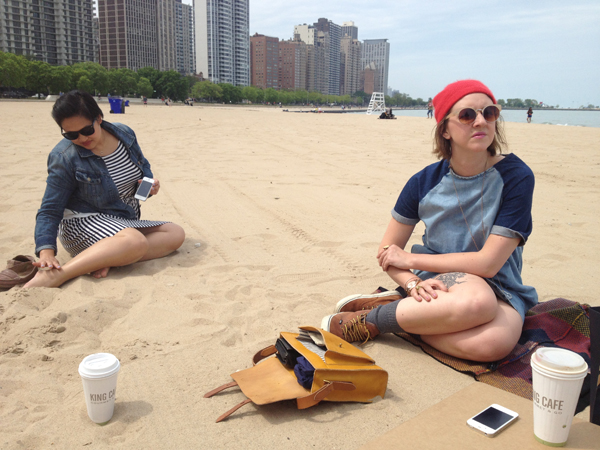 We grabbed coffee and parked our butts in the sand. It was heavenly. 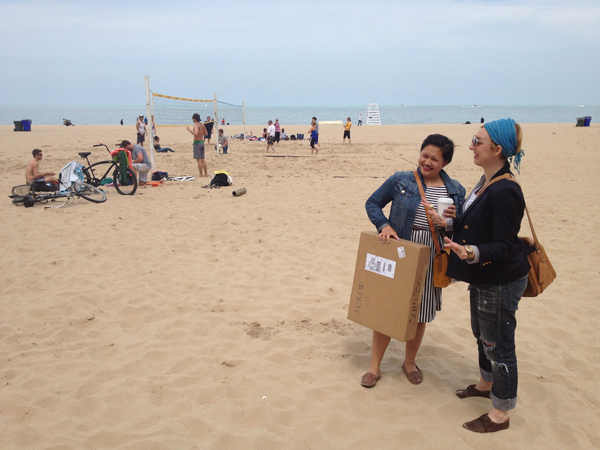 While in Chicago, Sam had made two appointments for wedding dress fittings! One at J.Crew and the second at BHLDN. In the above photo she's carrying a dress that was a possibility, but once we went to BHLDN it wasn't even in the running anymore! We had such a lovely afternoon, drinking champagne with friends while Sam tried on some of the most beautiful gowns I've ever seen in my life. Holy moly she looked incredible. 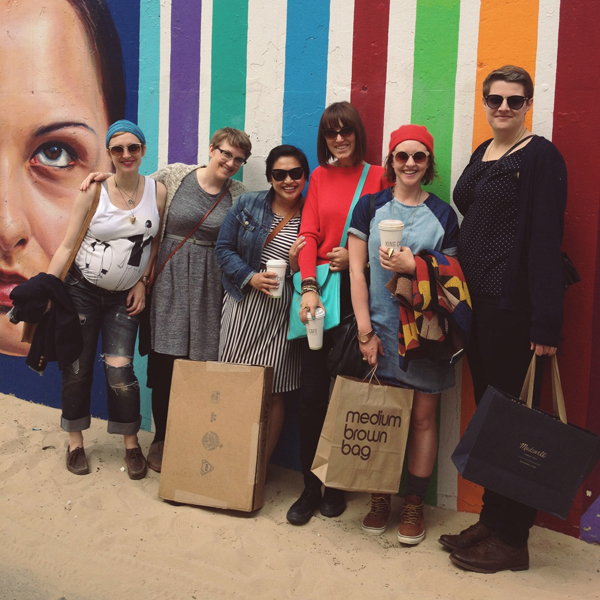 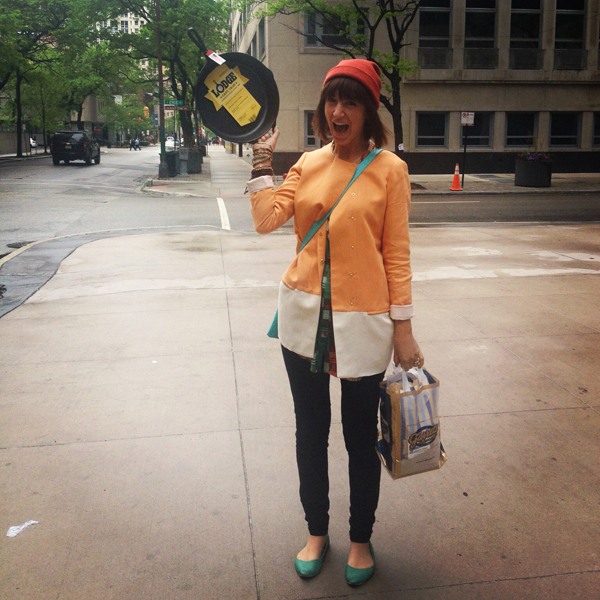 We did a lot of shopping on the trip and I bought a bunch of vintage dresses, some sandals for Summer, this cast iron pan (which I'm clearly pretty excited about) and this coat from Zara. We also grabbed popcorn from Garrett's in the morning and there is nothing quite like that smell of caramel in the air when you are waiting in line like the biggest tourist of life. Whatever, it was worth it! Next we headed to Wicker Park on the subway and did some poking around in the shops. 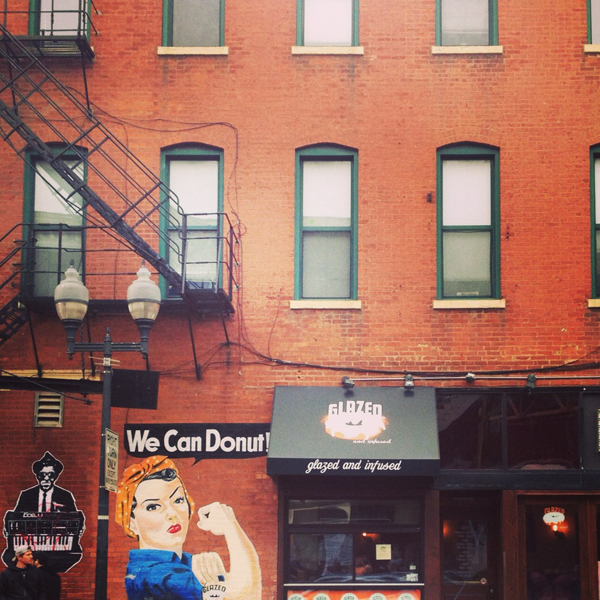 One bummer was that Glazed and Infused was closed when we tried to go,  but I've only heard good things. 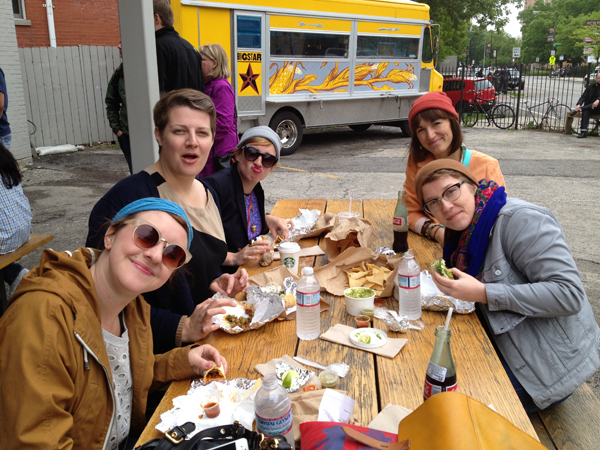 Another highlight was going to Big Star in Bucktown for the best tacos! The line up for the restaurant was super long and we were starving, so we hopped next door and got em to go and sat at the picnic table and enjoyed every last bite! 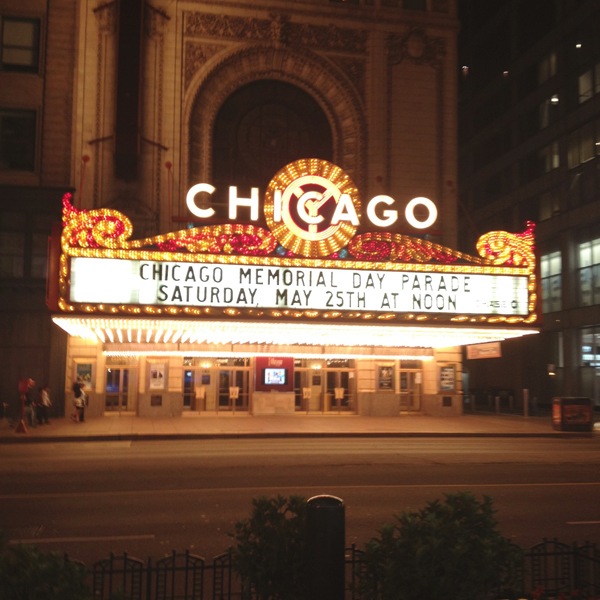 Chicago is an amazing city and I will definitely be returning one day hopefully soon!
xo, Erin
9:00 AM
Unknown
our daily lives, travel