As Erin so sweetly mentioned earlier (wasn't that the nicest post ever? Oh boy, I really teared up when I read that one! Man, that girl is the best), this past weekend I celebrated my 26th birthday! Usually I have a pretty chill dinner with some friends, but this year I decided to have a big house party with all of my closest friends, which turned out to be the greatest party ever. I actually have some news that I have been meaning to share with you guys, which is also one of the reasons why I decided to have a huge blow-out birthday party this year... Emery and I are actually moving! Not to worry, we aren't moving out of Winnipeg, we are just moving to a bit of a bigger place which is actually only 5 minutes away from our current place. So this was the last house party that we will ever have at our current place, which is kind of bitter-sweet! We are so excited about our new place, but we also have so many great memories at our current place. Well, at least we went out with a bang! We won't be moving until after Erin and I get back from our trip to Asia (which is only like 2 weeks away! Eep! Time flies!) and the house also needs quite a bit of work before we move in, which Emery is eagerly waiting to get his hands on. Anyways, more on that later...
I feel so lucky to have so many amazing people in my life that came down to celebrate my birthday with me. Also, everyone showed up with the sweetest treats that they all baked for the party! Man, you guys are seriously the best, and sure know how to spoil a gal! I love you all and don't know what I would do without ya! Erin and I snapped a few instax photos during the party, but unfortunately we didn't manage to get everyone in because we ran out of film. (Oops! I forgot that instax film has like half the amount of photos as regular film. Oh well, live and learn.) 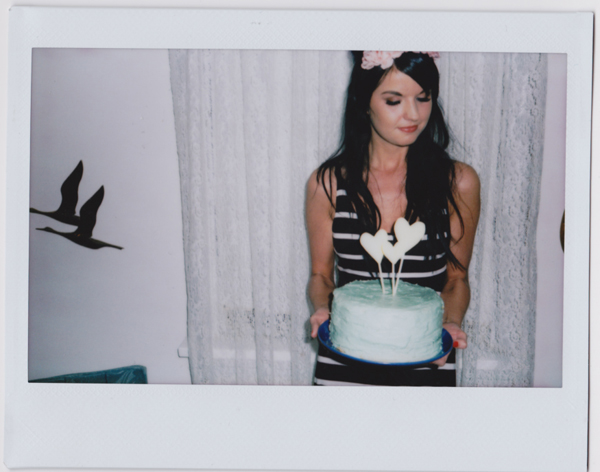 This gal so sweetly made me the cutest cake ever: a triple layer mint colored cake with heart toppers! 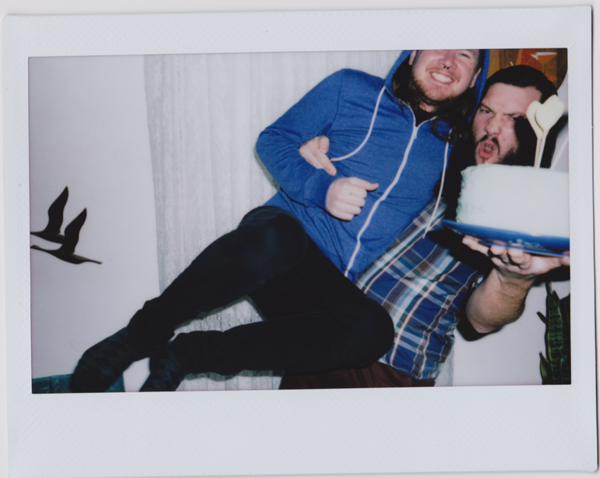 This photo of our husbands is pretty much the greatest photo of all time. I seriously burst out laughing every time I see this. 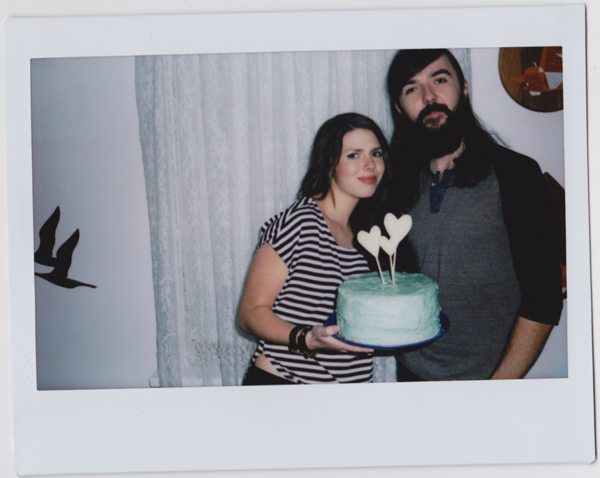 My little bro and his lovely girlfriend, Stacey.
The coolest people I know: (have I mentioned that I have the greatest friends ever?) 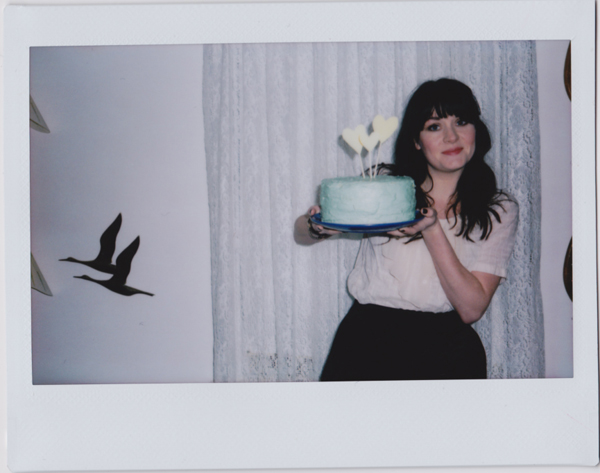 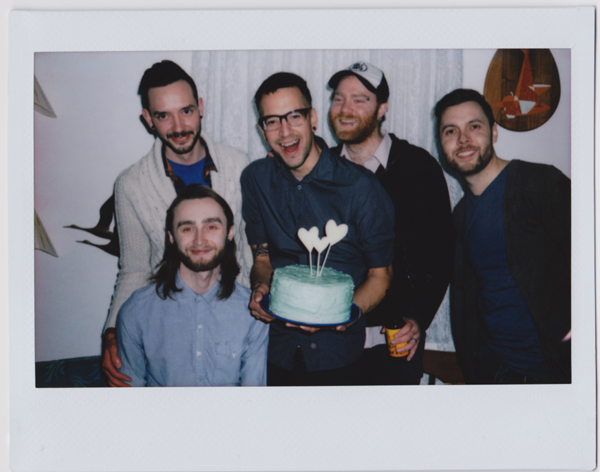 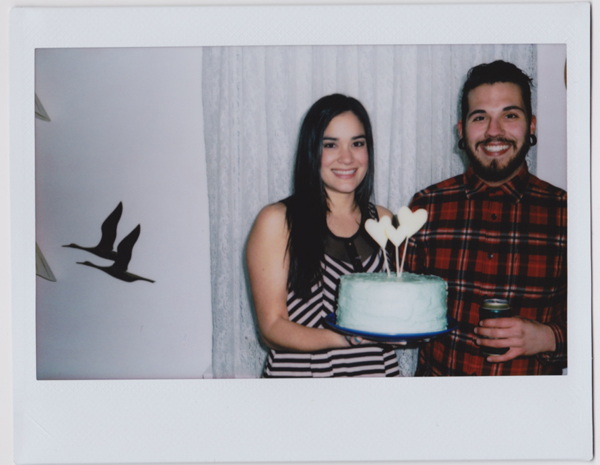 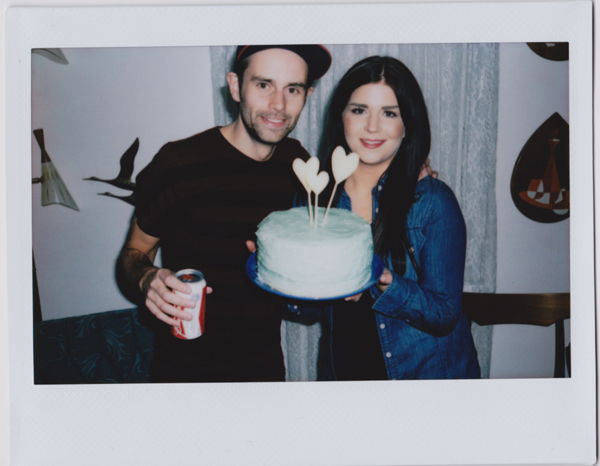 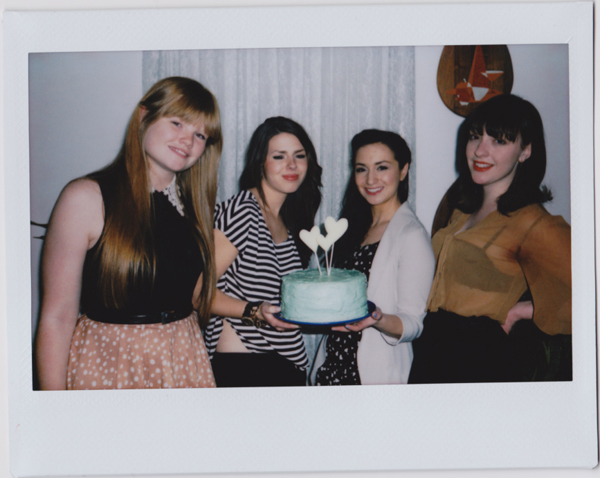 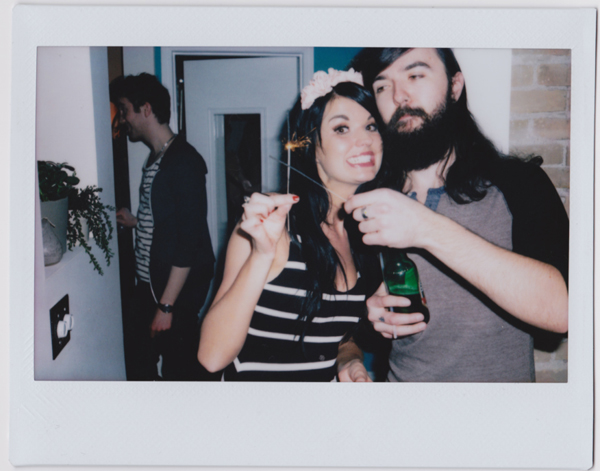 A rare sibling photo. We don't have enough of these.
Thanks to everyone that came out and partied hard with me!
XO, Stef
10:14 AM
Unknown
our daily lives